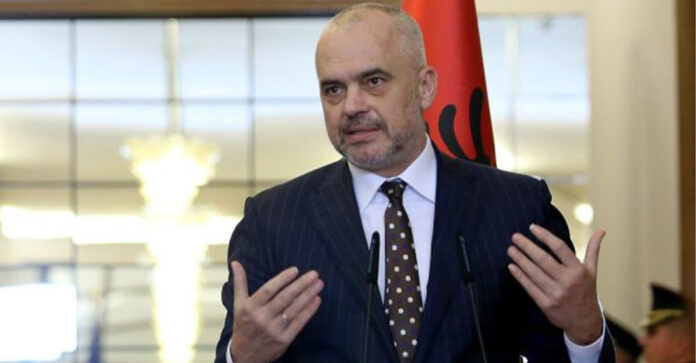 Albanian Foreign Minister Olta Xhaçka said her country is ready to shelter thousands of Afghans, who are being evacuated from Afghanistan after the Taliban take over the country.

“During the meeting of NATO foreign ministers, we discussed the situation in Afghanistan.

Albania is ready to host thousands of Afghans. This is a challenge for NATO.

“If Albania can do such a thing, why shouldn’t others do the same,” she wrote on Twitter.

Minister Xhaçka said that sheltering Afghans is an “obligation” as they have worked with NATO forces.

“We can and should help.

“This has to do with the future of NATO as much as it is a humanitarian mission,” she said.

NATO foreign ministers, after the meeting held on August 20, call on the Taliban to facilitate the safe evacuation of thousands of Afghans and foreign nationals from Afghanistan, REL reports.

There have recently been reports that Taliban militants are blocking people from reaching Kabul airport, from where Afghans and foreign nationals are being evacuated by fighter jets.

Albania is awaiting the arrival of the first group of Afghans, who will be housed temporarily until they have the necessary documentation to relocate to the United States.

Both Kosovo and Northern Macedonia have also expressed their readiness to shelter Afghans who have cooperated with US forces.

On August 15, the Taliban took control of Kabul after taking control of most of the country’s provinces for a week.

The militants have vowed to want a comprehensive government based on the principles of Islam.

They have also said they will not retaliate against Afghans who have worked with foreign forces or for the previous Afghan government.

The US-led international troops have until August 31 to leave Afghanistan.

But US President Joe Biden has said US troops could stay beyond that date until all Americans are evacuated from Afghanistan.

Why do bones hurt in rainy weather and what should be done to relieve the pain? – Latest news