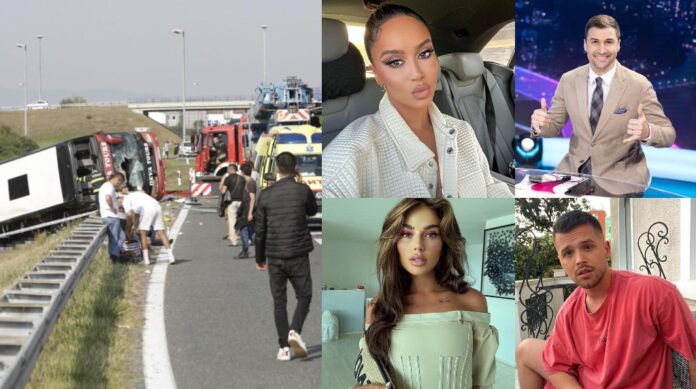 A terrible accident happened today in the early hours of the morning in Croatia.

Ten people lost their lives and 45 others were injured as a result of an accident that occurred this morning, around 06:00, in Slovenski Brod, Croatia, in which a bus from Kosovo was involved. 15 out of 45 injured are in serious health condition, among them a minor girl.

While everyone is shocked by the event that has emotionally affected every person, there has been no lack of condolences to the families of the victims. Even Albanian artists did not hesitate to show that together they feel the pain and express condolences.

We emphasize that one of the bus drivers lost his life in this accident./News