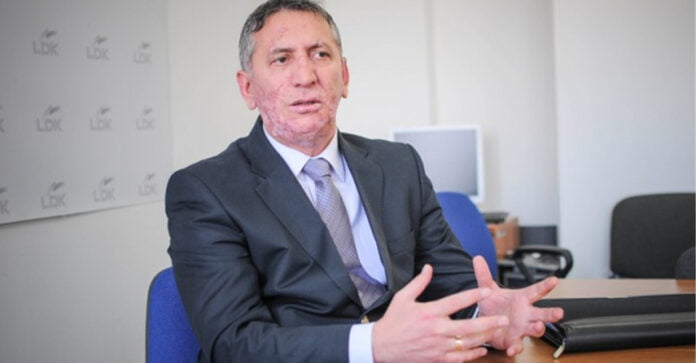 The chairman of LDK, Lumir Abdixhiku has confirmed Anton Quni as a candidate for mayor of Prizren.

Abdixhiku through a status on Facebook said that Quni will give Prizren everything that such a beautiful city deserves.

“Antoni is strong, like a stone. Warrior once, warrior always.

Therefore, he overcame the last challenge as he knows.

I know Antonin from the first days in LDK.

An extraordinary friend, a distinguished leader, a true patriot – traveling with him has always been an honor.

Tonight, I was with him in Prizren.

“Anton Quni, 54 years old, military by profession, Miriana’s husband, Kristiana’s father, Mikeli, Markut e Dritonit – member of the Assembly of Kosovo, former Minister of Defense, Commander of the Kosovo Liberation Army, vice president of the Democratic League of Kosovo – will be our candidate for the Municipality of Prizren “, said Abdixhiku.

“I am convinced that as each confrontation has been approached for a lifetime, it will give Prizren everything that such a beautiful city deserves.”

“Our league has its doors open to anyone who follows our vision.

We honor the past, we build the future.

We are listening, we are opening up, we are coming back.