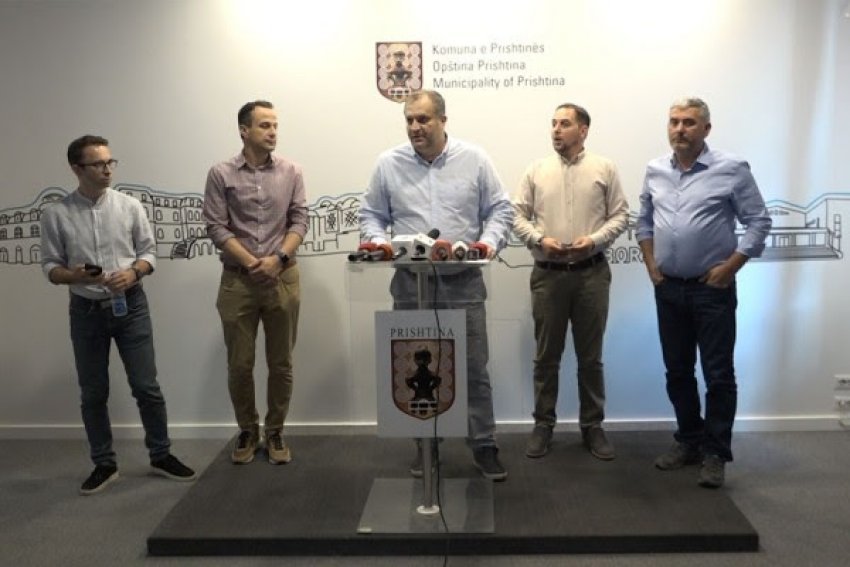 The Mayor of Prishtina, Shpend Ahmeti said that according to the research conducted, about 47% of Prishtina residents have passed COVID-19.

He said that he did not believe that this figure would result, while emphasizing that the low number of positive cases in Pristina was also influenced by this high percentage of those affected by the coronavirus.

Ahmeti: About half of the citizens of Prishtina have passed COVID-19

“The main facts show that about 47 percent in the Municipality of Prishtina have tested positive for COVID, this is in some ways as we have accepted either with the serological test done by citizens, ie by taking blood and finding antibodies in the blood and also with some citizens who themselves had COVID and the PCR test from the Institute that came out positive said that they do not need to do the serological test because they were positive. From the many discussions we have had we thought that this figure could not be 30 percent and we had it as an internal discussion discussing and MoH because it is being too high a number to be above that however from this research It turns out that almost half of the citizens of Prishtina have already had the COVID-19 virus[…]When we look at COVID numbers in Pristina, it turns out that the numbers have dropped that we no longer have and this wave of pandemic is over and definitely one of the main reasons why we do not have such large numbers because we are a very large percentage of them. who have passed COVID “, said Ahmeti.

According to Ahmeti, about 48% of the health professionals of the primary system in this municipality have passed COVID-19.

The mayor of Prishtina said that the least affected are the workers of this municipality with a percentage of 21%.

“As far as health workers are concerned, we have found that 17% are serologically positive, so we have health workers once out of about 11% have two types of antibodies, about 39% have confirmed that they are positive with PCR test, ie 48% of health workers in total are either with a positive serological test or PCR, so it does not differ much from the number of citizens and why this survey with health workers was conducted in October-December last year. So, October-December was 48% now we have 47% in the whole population which means that health workers have had a higher percentage of passing with COVID[…]In municipal workers it turned out that about 21 percent are serological and the percentage in general in municipal administrative workers was lower. “This is probably even though it was all those measures because they were also fired for a while,” he said.

Despite these results, Ahmeti says vaccination against COVID-19 is necessary.

He said that the research sample was 1255 citizens of the capital of Kosovo.

“Regardless of the fact that it turns out that about 50 percent have passed COVID-19, vaccination is necessary. The total sample of the research is 1255 citizens, usually when surveys are made, the error rate of about 2.8 percent is enough, which gives us enough conviction that this number is correct “, said Ahmeti.