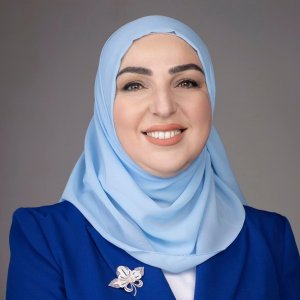 Democracy builds systems. Systems build generations. Generations of the Democratic Party of Kosovo have always been an integral part of the Republic of Kosovo, its history and its future.

Illegality and the struggle for freedom

The first generation is the generation when the republic was sought. Republic, which was followed by typing in every mouth that called, and in every hand that wrote KR [Kosova Republikë]. The first generations, now the vast majority of the Democratic Party of Kosovo, spent their youth years tortured by the Serbian occupier, imprisoned, and persecuted. They sacrificed everything from their lives, not only from themselves, but also from family and close circle. The time when as a young woman, at the beginning of my academic journey, I heard about illegal Albanian movements. For students who rebelled against the Serbian occupier. Among them, the silent symbol, with great deeds, Mr. Kadri Veseli, that the more he followed the Serbian state apparatus, the more he extended his influence and spread the cause of resistance. The cause became a reality. The guns were taken in their hands and the search for freedom began. We are devoted to those who lost their lives and grateful to the living who sacrificed many, among them, many of my fellow members of the Democratic Party of Kosovo.

Institutions are built by transforming people and generations. But with this, the Democratic Party of Kosovo, as their largest bearer, has shown one thing, that the individual is in second place alongside the state. Today we may not have individuals, but we have a state. The name of those who did for the state, is engraved in our political thoughts. Such are the names of the post-2000 generation, the generation that declared independence and strengthened international alliances. This binomial is unaffordable for the state of Serbia.

The generation of the future

Freedom, in addition to the name, also has costs. This cost fell precisely on her seekers, her sacrificers. They are facing claims, untruths, a group of allies who have gathered to tarnish freedom, unfortunately even among Albanians, as a form of joy. The same thing is about the chameleonism of Kosovar politics and group interest, the state of Kosovo and its institutions. This is the legacy of the liberators who raised whole generations, without any guesswork, even the new generation of the Democratic Party of Kosovo, as a guarantor and foundation of the institutions of the Republic of Kosovo.

The Convention of the Democratic Party of Kosovo is a sound fruit for the democracy of Kosovo. It is in danger, from the shaking of erroneously strengthened beliefs, that force alliances with our Western partners, and on the other hand, divide society.

The Democratic Party of Kosovo Convention stands in the face of these convictions. Its results will concretize the institutions of the Republic of Kosovo against the deinstitutional currents that are constantly knocking on their doors.

Clarification: All opinions in this section reflect the views of the author / authors and not necessarily those of NGB “Zëri” LLC

Bardhyl Mahmuti is an completed skilled in lots of fields, fields and spheres