Bardhyl Mahmuti is an completed skilled in lots of fields, fields and spheres 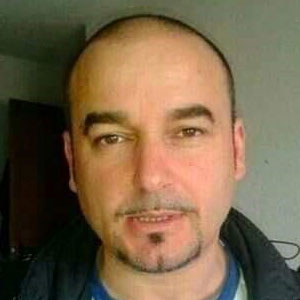 But Bardhyl is not enough. He dedicates his work to the people who are most in need of spiritual, legal, legal, political, psychological, lexicographical, pedagogical, sociological, moral and ethical support, respectively to the survivors of war victims, who have post-war powers. they left them alone, that is, at the mercy of their terrible sufferings and their various and endless pains.

There are countless works, elaborations, reflections and analyzes of various genres, which Bardhyl has dedicated to the genocide which the infamous Serbian army has committed against the defenseless and innocent people of Kosovo.

I have had the good fortune to browse and read some of his books, and the most interesting thing that has constantly caught my eye has been his fluent, punctual, accurate, densely and radically argued formulation, as well as scientifically fundamentuar ..

On the other hand, I was surprised for good by his artistic and stylistic tendency, which even free fantasy does not subject to chaotic conjecture, but the logical, methodological and systemic consequence of events, which had as epilogue, the planned tragedy Serbian to us, which we experienced all together and each separately.

His novel “Squadrons of Death” can freely be called a Masterpiece, because in addition to treating this very complex topic in a multidimensional and from a special point of view, it contains and describes hundreds of real facts that prove undeniable truths.

Because the chronological order of events is extremely accurate….

The only difference is noticed in the fact that the latter in his novel are transformed into artistic characters, who tell each other in detail the truth, respectively what really happened in Kosovo.

Therefore, it is no coincidence that the main character of his novel is a fair, moral, conscientious, talented, courageous, persecuted and principled Serbian journalist, on the contrary.

Bardhyl has chosen the wisest form of describing and clarifying the nature of the Serbian state apparatus, leaving no detail at the mercy of conjecture and chance.

Because he, through his special point of view, hits several targets simultaneously and in the most precise way possible.

Because addressing this sensitive and painful topic from the eye of the orcan, he figuratively describes in the smallest detail the internal and external ugliness of Serbian society and state.

A normal society and a state without more consolidation would benefit infinitely from his wise work.

Or even more precisely, if we were a little more aware of how precious, necessary and useful his work is, we would benefit infinitely all together and each one separately.

Unfortunately this is not happening, because apparently we are lacking the sense to appreciate special values.