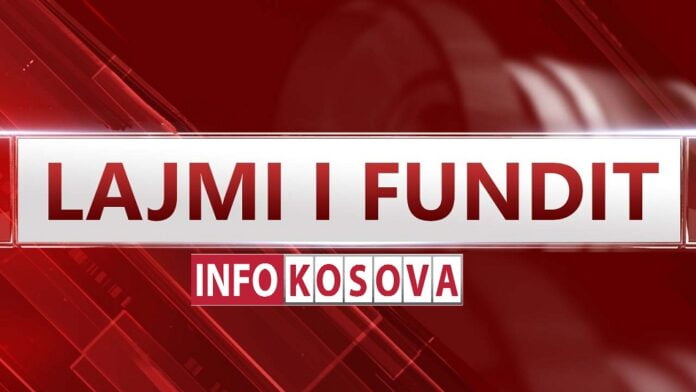 Bajram Veliaj was sentenced to life imprisonment for killing his wife, Armenda Veliaj.

The case took place in Prizren in 2019, where Bajram Veliaj shot his wife 15 times with a firearm, Telegrafi reports.

The Basic Court in Prizren, Department of Serious Crimes, (presiding judge – Raima Elezi, and members of the trial panel, judges Sami Gashi and Fidan Hoxha) has announced a conviction against the accused BV, because: IT IS GUILTY

– On 06 August 2019, around 23:18 in Prizren, the defendant BV, intentionally deprived of life a family member – his wife AA-V., In such a way that after a preliminary dispute he had with his wife his, now deceased AA-V., and at the moment when she leaves the house, the defendant is equipped with a pistol type “Pietro Beretta Gardone” model 92 PS, caliber 9 X 19mm, and leaves the house of his, and at the moment when he notices my victim – his wife A… .., approaches her, directs the pistol in her direction, shot 15 times in her direction, in which case he hits her 14 times in different parts of the body, starting from the head, neck, chest and up to the legs, from the go.dit of the pr.edhas vi.ktima falls to the ground, and from the pl.agët taken dies at the scene, where then the defendant covers the victim with a dress and waits for the arrival of the Police,

– Kësodore has committed the criminal offense of aggravated assault under Article 173 par. 1 point 1.3 of the Criminal Code of the Republic of Kosovo

– Until 6 August 2019, in Prizren, in his house, the defendant BV, in violation of the applicable Law on Weapons, holds ownership and control of the pistol type “Pietro Beretta Gardone” model 92 PS, caliber 9 X 19mm, together with two cartridges and 29 fn., With which the weapon deprived me of life AA –V., And 42 fn. Of the same caliber, which during the control of the Police by order of Judges were found at the defendant’s home,

– Thus, he committed the criminal offense of Unauthorized possession, control or possession of weapons under Article 366 par. 1 of the Criminal Code of the Republic of Kosovo.

Therefore, the Court, in the sense of the Criminal Code and the Code of Criminal Procedure, the accused (for the criminal offenses Vr.asja Serënd Dhu.na from article 173 par. 1 point 1.3, and Unauthorized possession, control or possession of weapons by article 366 par. 1 of the CC) JUDGMENTS:

Following the announcement of the verdict, the presiding judge, Judge Raima Elezi, briefly justified the sentence, explaining that based on the evidence, the defense of the accused, the testimony of witnesses and the injured party, the court has established uncontested facts which have led to the sentence imposed.

The court did not accept the defense of the accused that at the critical moment he was shown a black square, because the expert report did not find any correction or any illness of a short nature or shocked at the time of the commission of the criminal offense. .heavy access.

During the decision, the trial panel assessed the circumstances, and as aggravating circumstances took into account the high social risk of the criminal offense, the manner of conduct of the accused after the aggravated assault where he calmly covers the victim and awaits the arrival of the Police. , and severe pain intensity of the affected family.

Following the pronouncement of the judgment, the presiding judge informed the parties that within the legal deadline all parties to the proceedings would receive the full judgment in written and reasoned form.

The dissatisfied party has the right to appeal against this Judgment to the Court of Appeals. / Telegraphy /