BELIEVE IT OR NOT! An advert that shocked and made the entire of Serbia giggle! A person from Užice sells a cannon for 3,000 euros 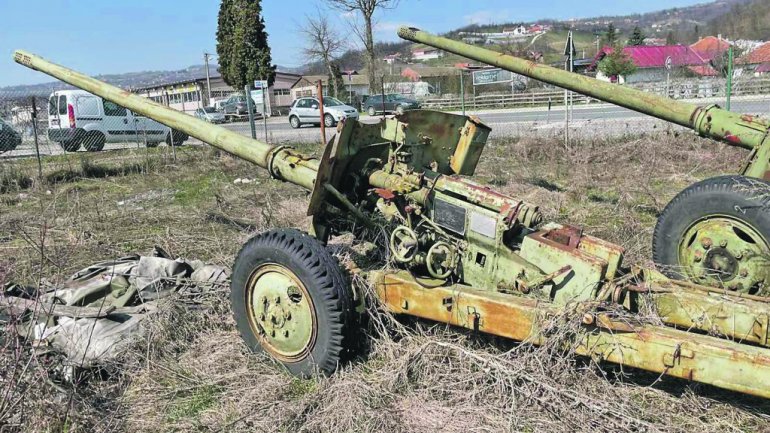 Borko Guskić from Užice published an ad in which he sells a straight cannon for 3,000 euros! In the description of the ad, which both made Serbia laugh and shocked him, Guskić, among other things, said: “The cannon is disabled so that it would not occur to anyone to attack the neighboring village!”

Numerous potential buyers call Borko, but everyone gives up shopping when they hear that the cannon can no longer be fired!

He is planning a museum

Guskić explained to us that it was an old, unusable T-12 anti-tank cannon.

– I bought it from our army eight years ago. Then I bought two such cannons and a lot of spent military equipment and weapons, because I plan to open a museum at Ponikve airport. The army has made it all impossible (disabled) and it can no longer be used for combat purposes, so I am selling some of these things as exhibits for museums or for filming purposes. – Guskić points out and adds:

An anti-aircraft gun was also for sale

At the end of November last year, the Uzice police interrogated MJ (70) from that city, where they found an anti-aircraft gun using a “Mig-21” plane, as well as numerous military and police helicopters. MJ tried to sell this weapon for 500 euros through an advertisement, and the investigation determined that the cannon was defective and wasted.

Borko Guskić told us that he had heard about the case and then he thought that someone had stolen his anti-aircraft gun, because he had the same one.

– I immediately went to the warehouse where I keep my weapon. Luckily, my cannon specimen was there. I don’t know if my fellow citizen MJ sold his cannon in the meantime – said Guskić.

– Although I wrote below the ad that the barrel, the shutter housing and other parts that serve to fire the cannon are disabled so that it would not occur to anyone to shoot at a neighboring village, the first thing customers ask me is if they can “rock” from it! However, when I tell them that the cannon cannot be repaired so that it can fire, they give up the purchase.

In addition to cannons, Borko also has armored vehicles, but also a helicopter and a plane, which he saved from destruction on waste. 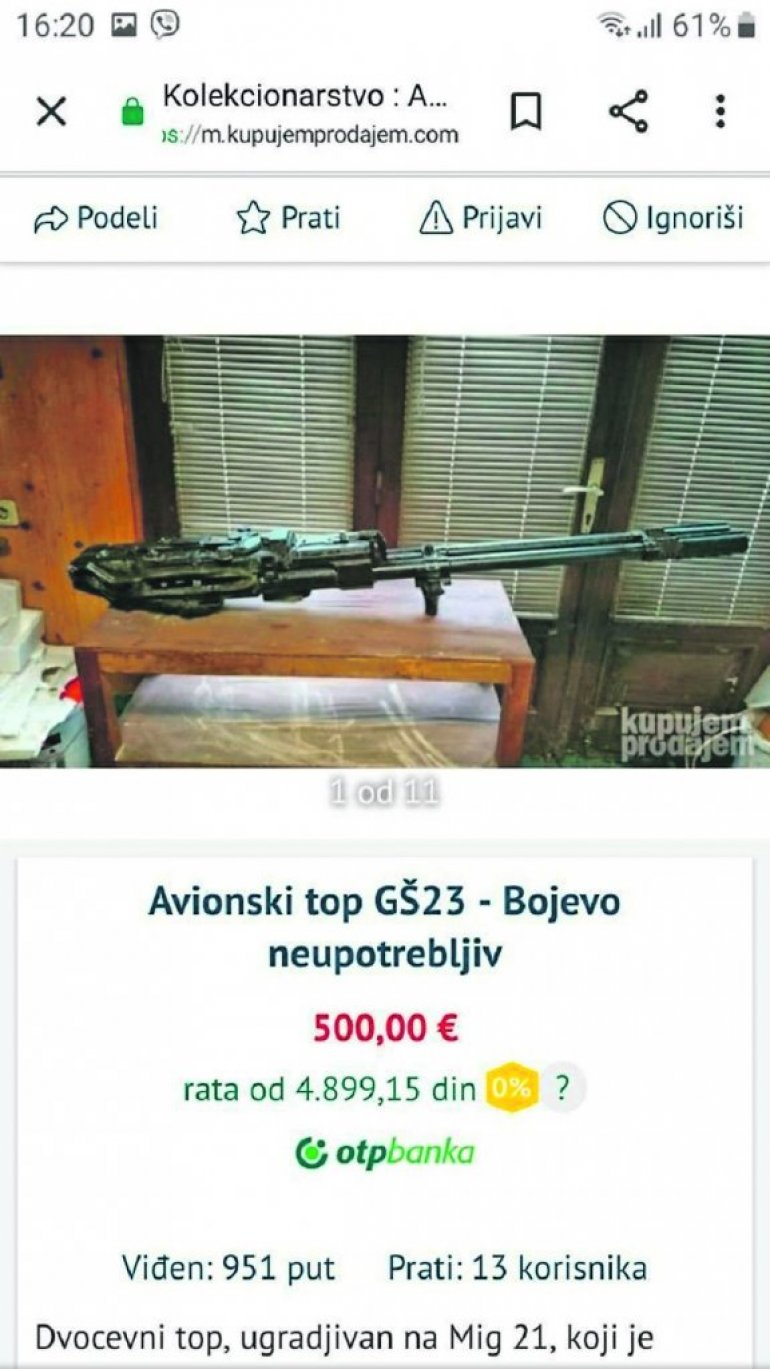 – I rented a hangar at Ponikve Airport and I plan to open a museum there. In it, I will show everything I have collected in the past ten years, and believe me, there is a lot of it!

Dusko Ilic, Secretary General of the National Weapons Association of Serbia, confirmed to us that Guskic did not violate any law on weapons.

Characteristics of the T-12 cannon

– If a man bought spent cannons on military waste and received a receipt for that, no law has been violated. It should be taken into account that such artillery weapons cannot be trained for action, but it is mostly taken care of by the one who sells something like that, in this case it is the army – explains Ilić.

He notes that the Law on Weapons and Ammunition does not treat military weapons, but only refers to weapons for civilians – pipes for personal safety, hunting and sports weapons.

– You have an example of a T-55 tank located in front of the Red Star football club stadium. It is absolutely unusable, cannot be trained and is used as an exhibit and a tourist attraction. You have many examples in the world where a variety of military weapons can serve as an exhibit, mostly next to sports facilities. By the way, such spent weapons are increasingly being bought from the army due to the melting of steel. That ironmelt was melted down and that material was used for some other purposes – said Ilic.

Kurti: We can’t and don’t need to take the nation to the elections as a result of we need to elect a brand new President