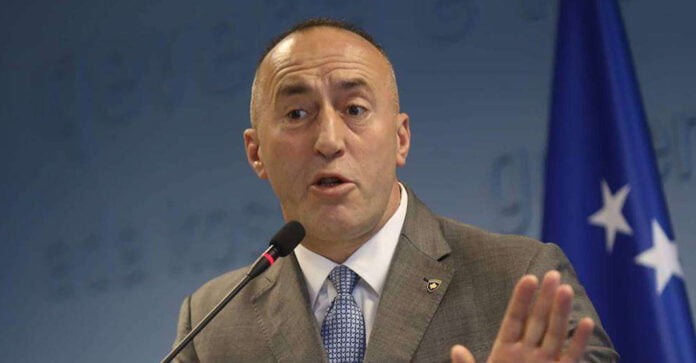 AAK chairman Ramush Haradinaj said that Deputy Prime Minister Besnik Bislimi is “retarded” and does not even know what he represents.

Haradinaj recalled Bislim’s statements about the “archives” of the KLA and when he called American gas “Russian”, as well as when Bislim sat on the same side with the Serbian representatives in Brussels.

“He sat side by side with the one who is dropping the tanks.

Did you see him in the protocol when he sat down to sign with Petkovi..

He sat side by side with him, believe me who in the world does not.

Second, he said, we open the archives of the KLA.

Where are the archives ?! Third, his statement to the Gas Commission said a liter of gas, he thought he was talking about lamp gas.

This is retarded, I do not know what he is talking about! ”Haradinaj told T7.

According to him, the government did not prove with the action in the north that Kosovo has the capacity to establish law and order.

“Our police have been taken hostage. They have shamed us like Kosovo.

The idea was good, but it was implemented badly “, said Haradinaj.

He proposed that a police unit be stationed in Leposavic, at the US base.

“A prime minister who hits and mocks his values ​​of freedom, weakens the state,” said Haradinaj.

SUDDEN CHANGE AWAITS US! It is a detailed forecast for the following interval!