Biden declared a state of emergency in Florida, nearly 100 persons are listed as lacking within the ruins of the constructing 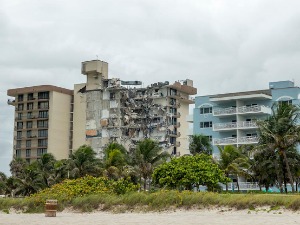 Joseph Biden also ordered the sending of federal aid to eliminate the consequences of the accident.

“The president has authorized the Department of Homeland Security, the Federal Emergency Management Agency (FEMA), to coordinate all efforts to assist,” the White House said in a statement.

Twelve-storey a building near Miami, Florida, partially collapsed yesterday, and hundreds of firefighters and rescuers are still at the scene of the accident, as it is feared that a large number of people were in the building at the time of the demolition.

It is unknown at this time what caused the building to collapse.

The twelve-storey building was built in 1981 and has 130 apartments.

Insulin has been missing in Kosovo for three months now, the Ministry of Health has taken concrete actions