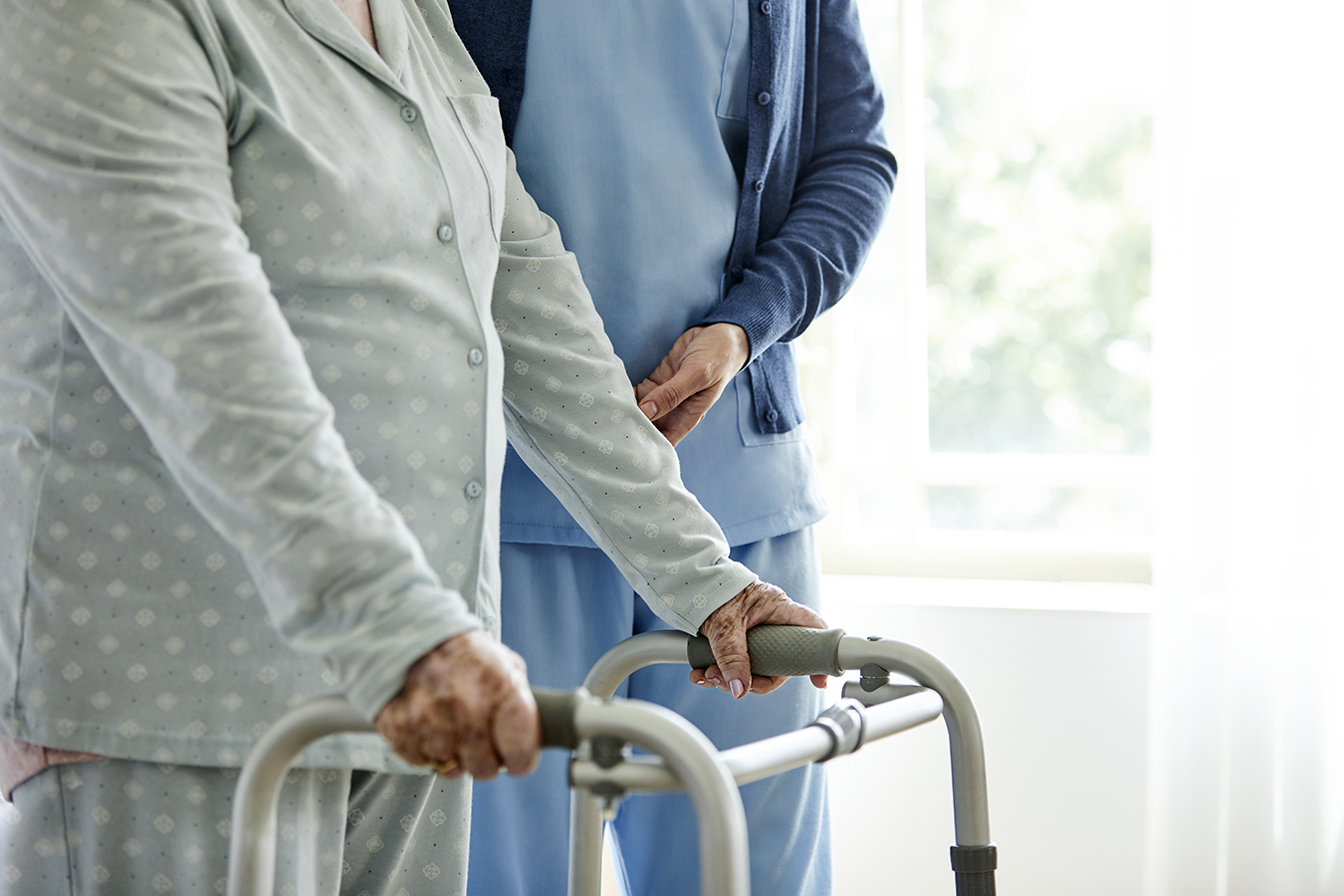 President Joe Biden’s edict that nursing homes must ensure their workers are vaccinated against covid-19 presents a challenge for an industry struggling to entice its lowest-paid workers to get shots without driving them to seek employment elsewhere.

Although 83% of residents in the average nursing facility are vaccinated, only 61% of a home’s workers are likely to be, according to data submitted by homes and published by the Centers for Medicare & Medicaid Services as of the week ending Aug. 8. More than 602,000 staff members have contracted covid and more than 2,000 have died from it.

That led Biden to declare Wednesday that the government would require employee vaccinations as a condition for nursing homes to receive Medicare and Medicaid reimbursements, which account for most of the industry’s income.

“More than 130,000 residents in nursing homes have, sadly, over the period of this virus, passed away,” Biden told reporters. “At the same time, vaccination rates among nursing home staff significantly trail the rest of the country.”

Nursing homes in Florida and Louisiana have the lowest average staff vaccination rates among states, with 46% of workers in a facility fully vaccinated. Rates are highest in Hawaii, with an average of 87% of workers vaccinated by facility, and California, with 81% vaccinated on average, the data shows.

The American Health Care Association, a nursing home lobby, said it appreciated the order but that the mandate should apply to other health care providers as well so that workers who refuse vaccination won’t have a reason to change jobs within the industry.

“Focusing only on nursing homes will cause vaccine hesitant workers to flee to other health care providers and leave many centers without adequate staff to care for residents,” Mark Parkinson, president and CEO of the association, said in a statement. “It will make an already difficult workforce shortage even worse.”

David Grabowski, a professor of health care policy at Harvard Medical School, said that, because many nursing home aides are paid only the minimum wage or slightly higher, they would be more likely to seek out work at retail establishments. “The risk isn’t that they go to the hospital down the street — the risk is they go to Starbucks or Target,” he said in an interview. “It’s great if you want to mandate the vaccine, but you also want to make sure these workers are making a living wage.”

Jon Green, CEO of Pinewood Manor Nursing and Rehabilitation in rural Hawkinsville, Georgia, said the “vaccines are necessary for control of the virus,” but “if we would have mandated it ourselves, it would have caused [many workers] to leave.’’ His facility, which is a nonprofit home, has about 85 employees.

Just over half of nursing home workers in Georgia, on average, are vaccinated.

Some facilities have already placed vaccination requirements on employees, including PruittHealth, a large Southern nursing home chain. The company set an Oct. 1 deadline for employees to have received at least an initial dose of vaccine. About 45% of its nursing home workforce has received a shot. PruittHealth said only medical and religious exemptions to its vaccine mandate will be considered on a case-by-case basis.

Lori Smetanka, executive director of Consumer Voice, a nonprofit that advocates for people receiving long-term care services, said that if nursing homes succeed in getting more employees to accept vaccinations, it might make it easier for them to retain and recruit others who have been fearful of catching covid at the homes.

“We did see that a number of workers fairly early on in the pandemic had quit because they were worried about their own safety,” Smetanka said. “This is one opportunity to attract people who have not been willing to work in the facilities.”

CMS said it would issue an emergency rule in the coming weeks that adds staff vaccination to the requirements for nursing homes to receive Medicare and Medicaid reimbursements. That rule would presumably spell out the criteria for compliance.

In practice, nursing homes rarely are thrown out of the Medicare and Medicaid programs for violating the government’s conditions of participation. The government generally gives facilities multiple opportunities to correct violations before proposing termination, even when facilities have repeatedly flouted the rules.

School or ‘Russian Roulette’? Amid Delta Variant and Lax Mask Rules, Some Parents See No Difference