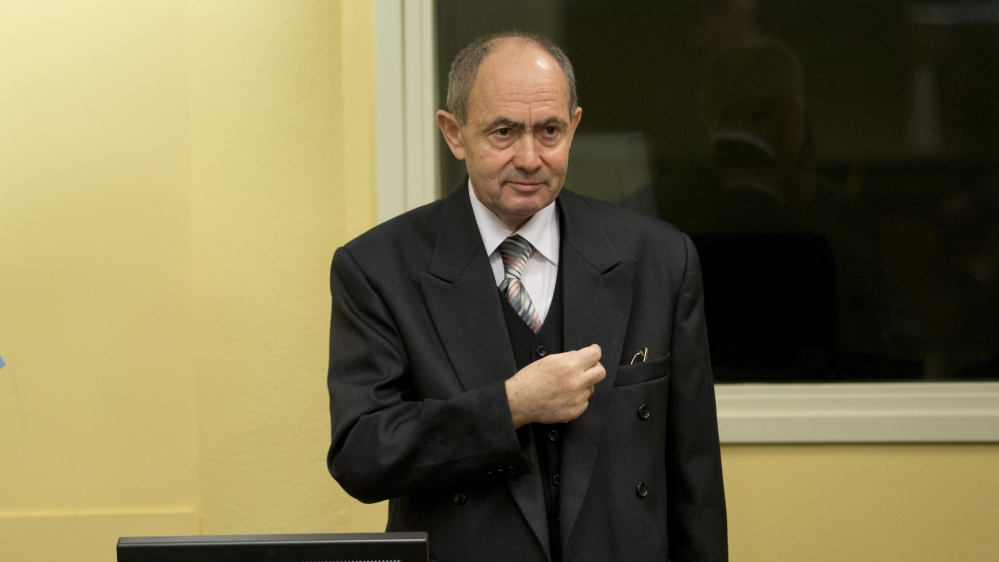 Zdravko Tolimir, who was convicted by UN judges of genocide in the Srebrenica massacre in 1995, died in The Hague.

A Bosnian-Serb general, who was convicted of genocide in the 1995 massacre of Srebrenica by UN judges and who was described as the “right hand man” of Ratko Mladic, died in his cell, the UN said.

“Zdravko Tolimir died last night in the UN detention center in [the Hague]“Announced the UN on Tuesday.

An investigation to determine the cause of death is currently underway, the statement said, which states: “The medical examiner was called immediately and the Dutch authorities have initiated the standard examinations required by Dutch law.

The 67-year-old Tolimir, who was once considered the right-hand man of the Bosnian-Serbian army chief Ratko Mladic, was sentenced to life imprisonment in 2012 for “massive” crimes in the Bosnian War of the 1990s.

“He was sick, but the idiots wouldn’t allow him to come here and receive treatment at home. The news surprised me, ”the former general’s wife was quoted as saying.

In April, the International Criminal Tribunal for the Appeals Chamber for the former Yugoslavia upheld Tolimir’s life sentence for genocide, crimes against humanity and war crimes.

Judges referred to Tolimir as Mladic’s “eyes and ears”, especially during the massacre in July 1995 in the allegedly UN protected enclave of Srebrenica, where Bosnian Serb troops slaughtered almost 8,000 mostly Bosnian Muslim men and boys.

The incident was Europe’s worst massacre since World War II.

Mladic himself is on trial in The Hague and is charged with genocide, war crimes and crimes against humanity, including Srebrenica.

Tolimir was one of the highest-ranking Bosnian Serbs against whom a UN war crimes tribunal had ruled and one of the few defendants found guilty of genocide.

However, he was not the first high-ranking official to die in the custody of the tribunal.