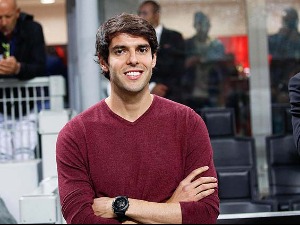 “Brazil is the favorite for the title at the World Cup in Qatar, the team has been working on this project for a long time and now has an excellent combination of youth and experience,” said the famous Brazilian football player Kaka.

In an interview with Gazeta delo sport, he pointed out that, along with Brazil, Argentina and France are the favorites, and he mentioned Serbia as a possible surprise.

“A specific World Cup awaits us, it is played in a different time and adaptation to the climate and recovery could play a big role. I am convinced that the best footballers will be up to the task, and I am especially interested in seeing Cristiano Ronaldo and Lionel Messi and their influence on the last The World Cup they will play in. Also, I would like Neymar to be their successor,” said Kaka, who was part of Brazil’s team that won the last title, in Japan and South Korea in 2002.