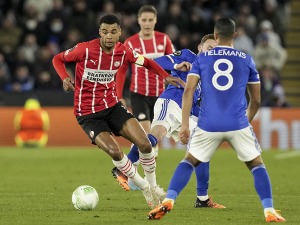 Gakpo was one of the best Dutch football players at the World Cup in Qatar. Romano claims that Gakpo wanted to move to Manchester United even in the summer transfer window, but the two clubs did not agree on the amount of compensation for the Dutch footballer.

The Dutch striker is 23 years old, and in the meantime he has received offers from numerous European clubswho currently have better results than Manchester United, but the PSV player does not want to change his mind.

Romano believes that the Old Trafford club will have to allocate between 55 and 60 million euros for this transfer.

Gakpo played 159 games for PSV and scored 55 goals with 50 assists.

He played 14 matches for the Dutch national team, and scored six times.