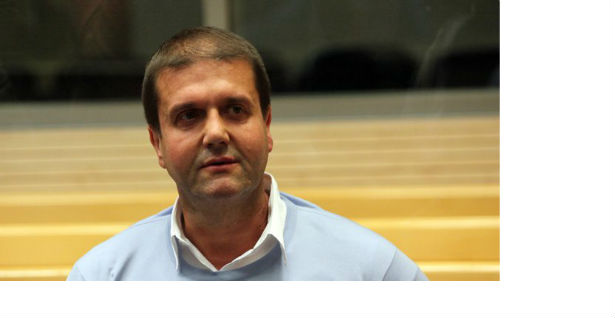 DARKO ŠARIĆ TRANSFERRED TO HOME DETENTION! He goes to his home with his wife Lana

He will be in the house with his wife Lana Popović, where he will have a nano leg.

The decision was made by the Court of Appeals, which recently considered the appeals and should make a final verdict. It should be reminded that the previous decision of this court, by which he was sentenced to 15 years in prison, was revoked by the Supreme Court of Cassation.

Saric was in custody during his stay, I was in my cell all the time.

Recall, he surrendered in March 2014.

Saric was sentenced to 15 years for smuggling 5.7 tons of cocaine. The trial in this case began in September 2010, while Saric was on the run. He surrendered four years later. That verdict was overturned by the Supreme Court of Cassation. Saric is now awaiting trial before a panel of the Court of Appeals.

By the way, Lana Popović gave birth two years ago, while Darko was behind bars. This is Saric’s third child – he has a daughter Nikolika from his first marriage, while he has two sons with Lana.

WIFE LANA VERNA AND DURING ESCAPE AND PRISON

Lana Popović, Darko Šarić’s wife, who has been with him since she was 16, remained faithful to him both during the escape and during prison. Lana and Sarić have two sons, and before the “Balkan Warrior” action, she worked on opening a private kindergarten in Šilerova, which was then taken away from her. It was allegedly one of the conditions of Saric’s surrender, because he asked to land in Montenegro first in order to meet her, and then travel to Belgrade.

Rama reacts after the traffic jam