Dialogue difficult to continue with Kurti 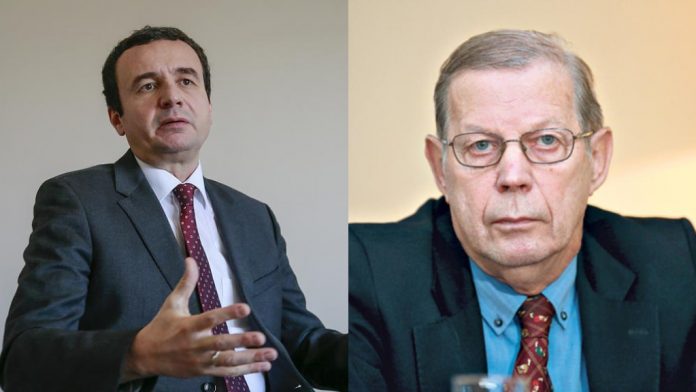 Former Serbian diplomat Zoran Milivojevic has shown the challenges that, according to him, await Kosovo and the dialogue with Serbia under the leadership of the leader of Vetëvendosje, Albin Kurti.

He said the dialogue is unlikely to continue.

“Kurti has all the chances to form a government, because he has already secured the majority and for that he has the support of the western centers of power, which support the independence of Kosovo.

“Washington and Brussels will play a crucial role on that stage, to create conditions for normal functioning and to provide an opportunity to renew the dialogue in order to resolve the Kosovo issue,” Milivojevic told Kosovo Online. .

However, the experienced diplomat says that the complicated situation is related to the election of the President.

According to him, Kosovo’s insistence on ending the dialogue with mutual recognition will directly affect its development.

“Now the election of the president is practically on the agenda, we will see if it will be realized.

However, what is key to continuing the dialogue is the platform.

If we stay on the platform provided by Kurti, we will hardly have a dialogue.

Serbia absolutely has a clear position that it is possible to talk only about normalization, and not from the maximalist positions that mean recognition and nothing else.

Therefore, the continuation of the dialogue will depend on this.

“I think this will depend mainly on the centers of the Western powers, which are interested in continuing the dialogue and which will act decisively towards Kurti and the authorities in Pristina to create conditions for the continuation of negotiations,” Milivojevic said. / Express /

THE YOUNG MAN FROM ČAČAK HAD ALL THE SYMPTOMS OF THE CROWN, HE URGENTLY CALLED THE DOCTOR, AND THEN SHOCK! They found a illness that’s MUCH MORE DEADLY!