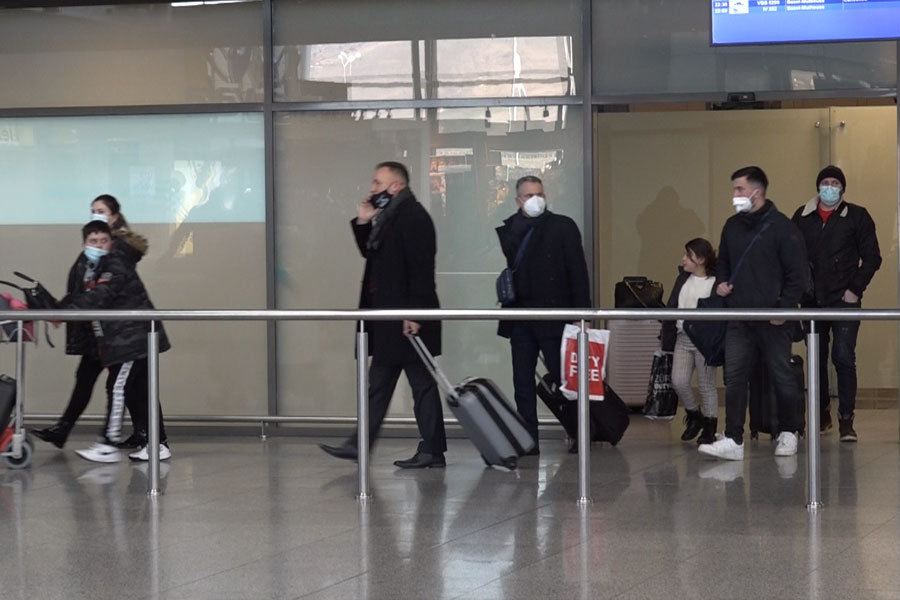 About 16,000 ballot packages have been deposited in the Post Voting Operation Room, and many other migrants have decided to come to Kosovo to be part of the electoral process. Sunday’s snap parliamentary elections have pushed many compatriots to come to Kosovo this weekend. From Switzerland, Germany, Austria and the Scandinavian countries are the most frequent flights, while from last week there are ten more flights.

Information Officer at the International Airport “Adem Jashari”, Bujar Gashi says for KosovaPress that there are more flights that are landing at this airport.

“If we compare it with last week, last weekend with this one we are waiting for, we have an increase of 10 flights. “The countries from which we have the most flights are Switzerland, Germany, then the Scandinavian countries, Austria and so on.” he shows.

Further, he indicates that there are a total of 16 flights that will be realized during today.

But apparently most of those who landed this weekend in Kosovo have come to take part in Sunday’s vote. Nadir Zejnullahu from Podujeva says that he came from Berlin to vote, although there was a possibility that he would send his vote by mail.

“We were able (to vote through the post office) but we did not want them to lose us here, they are losing the posts (envelopes). So we are coming, we are laughing at him instead, we are comfortable. We had time, there the pandemic has blocked everything. “And we visit the family and God willing we are winning”, he said.

Shefid Jakupi from the village of Reçak says that he had applied for voting, but that no one had called him. For this, he decided on Friday to come to Kosovo.

“We have come extra for voting, we will do what we can for the people and what is best, we will vote in the name of God. We expect a lot from these elections, we expect miracles not to say, we are expecting a lot. Unfortunately no, I applied (for postal voting), but no one called me. So I made the decision to come myself (physically) “, he added.

Arton Rekaliu also came to Kosovo today from Berlin to exercise his right to vote.

For normal voting (we came), it is always. We expect good things from this election. Kosovo is good compared to other countries, it is not how we do it. Even when young people come, it does not make a difference what people think. “Those who have been are all good.” he said.

Some European countries are considered high risk, so citizens living in these countries to enter Kosovo must have a negative PCR test no older than 72 hours or must stay 7 days in self-isolation.