Even before he became prime minister, Albanians abroad express their demands to Kurti 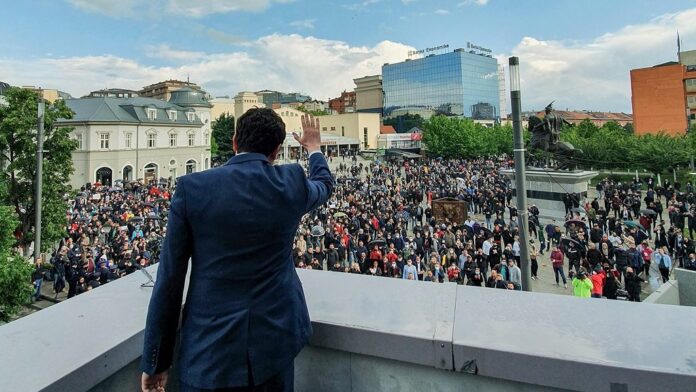 Albanian representatives in neighboring countries have asked Kurti to be included in the dialogue with Serbia.

Two weeks ago, Kosovo citizens went to the polls.

The counting of these ballot boxes gave the preliminary result that made LVV the winner of the elections.

Now, it is the last stage of counting until the final certification of the results.

But even though these results have not been certified yet, the requests towards the chairman of LVV have already started.

This time these requests come from the Albanian representatives in neighboring countries, Ali Ahmeti and Shqiprim Arifi.

The latter, who currently leads the municipality of Presevo, says that representatives of the Valley should be included in the talks with Serbia.

Furthermore, Arifi shows the conditions of the union of the Valley with Kosovo.

The request to the leader of the Vetëvendosje Movement was also addressed by the Albanian representatives in Northern Macedonia.

Ali Ahmeti points out the challenges that await the next government of Kosovo.

The President of DUI has requested a final epilogue between Kosovo and Serbia, as according to him this would create stability in the region and in Europe in general.