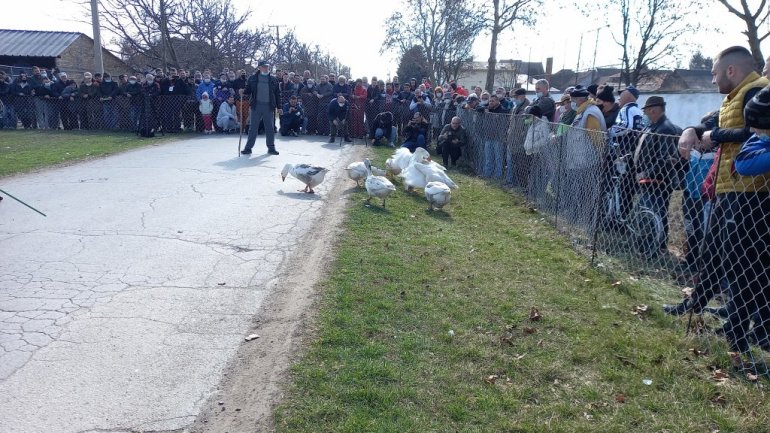 When Miloš Kovačić (47) on Sunday, halfway through the Mokrin alley, or as it is still said in Mokrin, at 2sredokraći2 between the courtyards, in front of all those gathered, took the cup and stood next to his goose “Živa”, just to know who is the best, declared is the world champion of the 35th “Gusanijade”. Feathers were scattering on all sides, and this eight-year-old, in 7.5 minutes of relentless fighting, defeated three years younger “Batak” and, crowned with the champion’s laurel, famously retired.

In the never shorter Mokrin “Gusanijada”, due to the coronavirus epidemic, there were no revival fights and parades of the most beautiful and oldest specimens of the goose species, white knights crossed their wings and beaks in three age categories: one-year-olds, two-year-olds and seniors. Since mid-December, a total of 108 geese have paraded down the Mokrin alley. Although it was announced that the audience would be absent this year, the people of Mokrin still gathered, but in smaller numbers than before.

– Today was a beautiful day and people gathered, there are not many of them. This year, for the first time, we had two young winners in the competition of one-year-olds and two-year-olds. These are Davor Ladičorbić (12) with “Drobije” and Vujadin Miščević (13) with “Mekani”. Mokrin is still the oldest goose “Četkica”, which is 24 years old, and the legendary 21-year-old goose “Acika” – says Živica Terzić, president of the Association “Belo pero”, which has about 80 members. 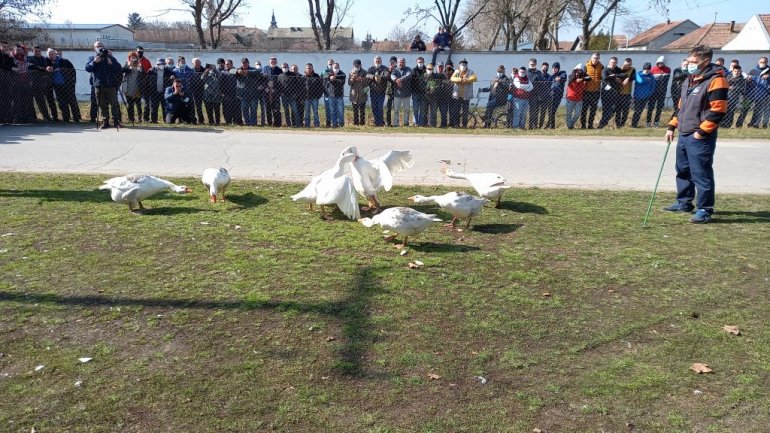 There are currently about 1,500 geese in Mokrin, and without the “Gusanijada”, there would be twice as many, says Terzić.

With the end of the last fight of feathered brawlers and the proclamation of a new world champion for this year, the village returns to its rut ​​until Easter, when the World Championship in beating Easter eggs begins. 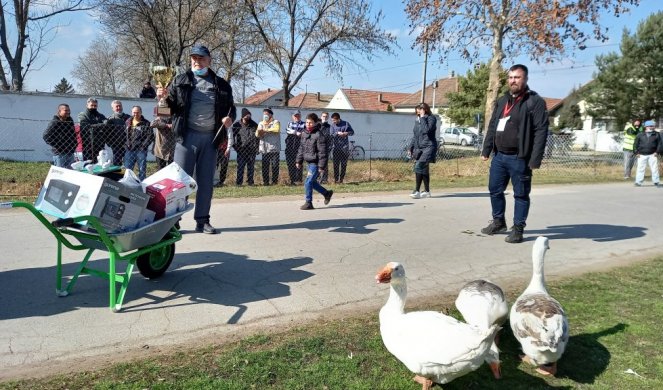 Jovica Perišić Blažić, a Mokrin resident who lives in America, is a donor to the winners every year.

– The amount that Jovica gives is 500 dollars or 400 euros. Depending on how the management of the “White Feather” Association decides, I give them those awards and the people of Mokrin are grateful to him – says Professor Dragoljub Badrljica.

Even before he became prime minister, Albanians abroad express their demands to Kurti