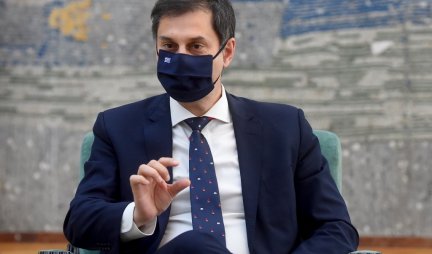 This will significantly increase the cost of summer vacations, so it is clear that it is much better for everyone who plans to travel to be vaccinated.

The calculation shows that both parents, as well as the child, will have to pay dearly for the PCR test. Testing in Serbia costs 9,000 dinars, so the three of them will pay 27,000 dinars. To return to Serbia, they will need a PCR test, which in Greece costs around 10,500 dinars per person, which is 31,500 dinars for three members. When we add to that the 27,000 who were allowed to travel to Greece, we come to the figure of 58,500 dinars that they only need for testing, and how much more money for accommodation and stay at sea ?!

Greece announced on Monday that it will receive vaccination certificates for all vaccines available in Serbia, as well as a negative result on PCR and antigen test, and the director of the National Association of Travel Agencies of Serbia (“Utah”), Aleksandar Senicic, says that currently only vaccinated people do not need any tests. .

– PCR test is relatively expensive and there was an idea that there is some additional option. In Greece, the PCR test is even more expensive than in our country and costs close to 100 euros if it is not for health purposes, but for travel purposes, so we hope for a cheaper option, such as an antigen test – notes Senicic.

SERBS WILL BE ABLE TO GO TO THE SEA IN GREECE THIS SUMMER, and these are the 5 MOST BEAUTIFUL BEACHES you must visit! PARADISE ON EARTH, they look like from another planet! Photo 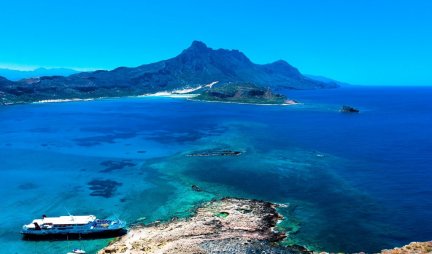 When it comes to the prices of the arrangements, the travel agencies claim that they will be similar to 2019 this year.

Andrej Todorović from the travel agency “Kontiki Travel” says that the final price lists will be formed only when the agreement on cooperation between Greece and Serbia is signed, that is, in fifteen days.

– The interest of our tourists is huge and already on Monday there were a lot of invitations from those who eagerly expect to go to the sea, but also as soon as possible for a spring vacation of a few days. People are most interested in individual travel, ie their own transportation, because it is so much easier for them to organize due to the epidemic and uncertainty. Also, we are in constant communication with our partners from Greece who are preparing apartments and eagerly awaiting our tourists – says Todorovic.

Prices in restaurants as last year

Ana Nikolic, owner of the Nikana Travel travel agency in Greece, says local prices in Greece have not changed from last year, when it was clear there would be no tourists.

– Gyros still cost from 2.5 to 3.2 euros. As for the restaurant, it depends a lot on the resort, but, for example, in the Olympic region, portion prices are lower, say, from 6 to 9 euros for a complete lunch, without drinks, while on Thassos and Sithonia they are from 8 to 12 euros. – says Nikolic.

An onslaught of arrangements

Dusan Atanasov from the “Big Blue” agency says that the great news is that travel agencies will have jobs this year, considering that passengers who have been vaccinated or tested will be allowed to enter Greece.

– After the catastrophic situation in tourism, the light at the end of the tunnel is finally visible, which makes the Serbs happy, for whom Greece is one of their favorite destinations. We have not formed prices yet, but for now, the forecasts are that the offer of the arrangement will be the same as last year. Tourists from our country are most interested in how complicated the procedure for going to the sea will be, considering the current epidemiological situation. We will soon have more information about that, and we are waiting for more and more detailed information from our partners from Greece – he adds.

No PCR is required for transit through Bulgaria

For now, our citizens can enter Bulgaria, with a mandatory PCR test not older than 72 hours. However, the citizens of Serbia who transit without detention are exempted from the obligation to have a negative PCR test, which means that it is possible to go through Bulgaria with an antigen test.

He looks very young in appearance, so many years filled Sinan Vllasaliu