The Central Election Commission has announced that today the counting of votes from outside Kosovo has been completed.

CEC spokesman Valmir Elezi has announced that after the end of the counting of votes by mail, tomorrow they will come out with the final results./Zeri 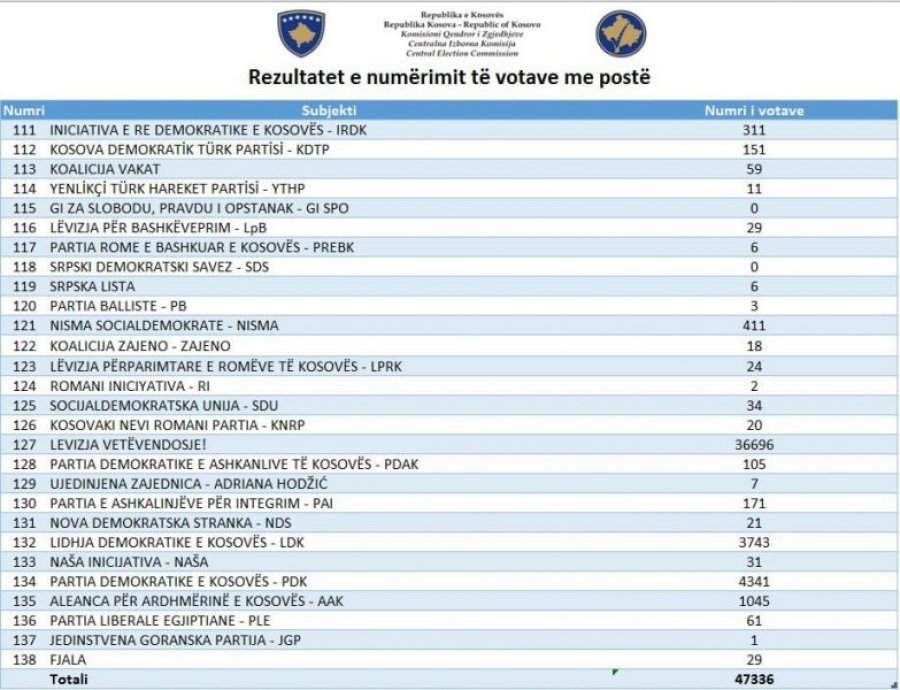