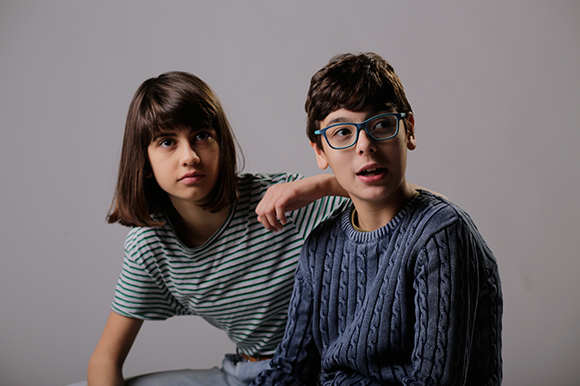 Stiches / Šavovi directed by Miroslav Terzić, a coproduction between Serbia, Slovenia, Croatia and Bosnia and Herzegovina, was selected for the Panorama section of the 2019 Berlin International Film Festival, while the Serbian minority coproduction I Was at Home, But… / Ich Ware zuhause, aber… directed by Angela Schanalec got the best director award in the main competition programme of the 2019 Berlin IFF.

In February 2018, the cash rebate for film production had been increased from 20% to 25% and in 2019 it remained at the aforementioned level.

According to estimations, 2020 will bring another slight increase in the number of domestic films completed and released.

In February 2018 Serbia increased its cash rebate for film production from 20% to 25% and kept this percentage throughout 2019. The cash rebate scheme, which was launched in April 2016, applies to qualified Serbian spend for feature films, TV series, animated films and visual effects, TV commercials and documentaries. 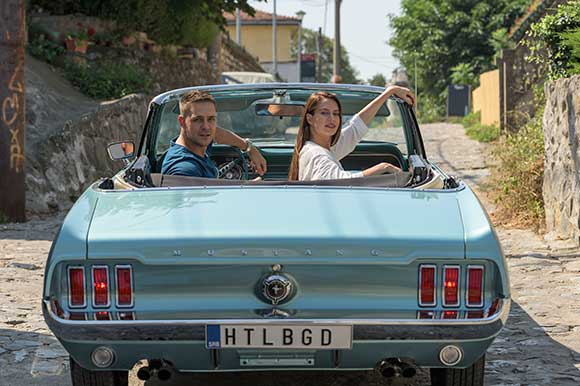 The Serbia Film Commission, designed to aid foreign productions shooting in Serbia, celebrated its 10-year anniversary with a gala ceremony held in the Belgrade City Hall in November 2019.

The newly founded Belgrade-based production company Firefly is about to start the construction of Firefly Studios outside Belgrade, housing 2,000 square metres sound stages and a smaller 800 square metre studio with a water tank, as well as four hectares of backlot, production offices and related facilities.

Fifteen new Serbian feature films were released in 2019, compared to 10 both in 2017 and in 2018: Taxi Blues / Taksi bluz directed by Miroslav Stamatov, produced by Viktorija Film and Klan produkcija, and distributed by Art Vista; Dogs Die Alone / Psi umiru sami directed by Nikola Petrović and produced by Singularity Pictures in coproduction with RED Production and distributed by FAME Solutions; 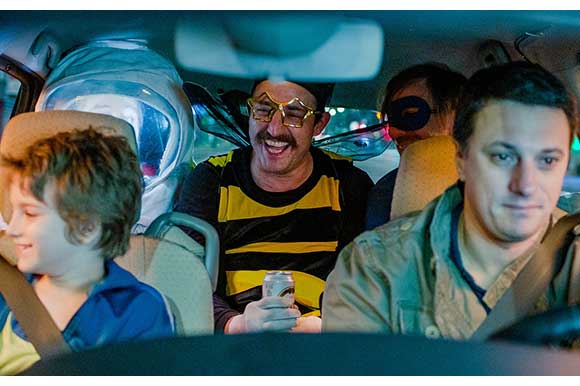 Several more national premiers are expected in 2020, at the upcoming edition of the FEST – International Film Festival in Belgrade, the oldest and the most popular film festival held at the end of February – begining of March.

Speak So I Can See You / Govori da bih te video directed by Marija Stojnić and produced by Set Sail Films in coproduction with Croatian RESTART, had its world premiere in the official selection of the 2019 IDFA.

Mladen Kovačević’s new long documentary Merry Christmas, YiWu, produced by Horopter and coproduced by Bocalupo Films and Sysifos Film, was selected for the 2020 Rotterdam IFF. The prominent veteran Serbian filmmaker had a retrospective with his fiction and documentary works at the Centre Pompidou in Paris in April-May 2019.

Also in 2019, The Yugoslav Cinematheque / Jugoslovenska kinoteka continued its process of restoration of Serbian film classics in cooperation with the VIP Mobile operator. The restoration schedule is based on an official voting for the best Serbian films of all times, organised by the Cinematheque in December 2016.

Stiches / Šavovi directed by Miroslav Terzić and produced by Serbia’s West End Production in coproduction with Slovenia’s Nora Production, Croatia’s Spiritus Movens and Bosnia’s scca.Pro.ba, was selected for the Panorama section of the 2019 Berlin Film Festival. Soon afterwards, the film started a long festival circuit and was picked by Cercamon for international sales.

The German/Serbian coproduction I Was at Home, But… / Ich Ware zuhause, aber…, lensed by the Serbian DoP Ivan Marković and produced by Germany’s Nachmittagfilm in coproduction with Serbian Dart Film & Video, took part in the main competition programme of the Berlin Film Festival 2019, and its director Angela Schanalec won the Berlin Silver Bear for best director.

The Serbian/French/Croatian/Iranian/Qatar coproduction The Load  / Teret directed by Ognjen Glavonić and produced by Non-Aligned Films in coproduction with Cinéma Defacto, Kinorama, Three Garden Films and Dart Film & Video, continued to be screened at international festivals.

The Witch Hunters / Zlogonje directed by Raško Miljković and produced by Serbia’s Akcija produkcija in coproduction with North Macedonia’s Dream Factory and Serbia’s This and That took part in the official Kids Selection programme of the Sundance Film Festival, while Stefan Malešević’s debut feature Mamonga, produced by Nana 143 in coproduction with Montenegro’s Code Blue Production and Bosnia and Herzegovina’s Sarajevo Film Academy, had its world premiere in the official programme of the 54th Karlovy Vary IFF. The film was later selected for the New Horizons FF in Poland and the Marrakech IFF.

Maša Nešković’s debut feature Asymmetry / Asimetrija, produced by Serbia’s This and That Productions in coproduction with Slovenia’s Korektif and Italy’s Nightswim, had its world premiere at the Sao Paolo IFF. Ivana Mladenović’s sophomore feature Ivana the Terrible / Ivana cea Groaznică, produced by Romania’s microFILM in coproduction with Dunav 84, won the Special Mention in the 2019 Locarno Film Festival’s main competition selection and the Golden Pram at the 2019 Zagreb Film Festival.

Kosta Đorđević’s feature film Reži / Cutting Close, produced by Kinematografska kuća and Platforma, was selected for FilmFestival Cottbus, as well as for Cinedays in Skopje and Dances with Films in Los Angeles and New Orleans in the USA.

The first Serbian genuine SF Ederlezi Rising, directed by Lazar Bodroža and produced by Mir Media Group and BALKANIC, Inc, had a sizable success during its home entertainment (BR and DVD) and VOD distribution in the USA.

The most sucessful international feature films in Serbian cinemas in 2019 were: Joker, The Balkan Line, The Lion King, Avengers: Endgame, Frozen 2 and Maleficient: Mistress of Evil.

In 2018 the most successful domestic films in Serbian cinemas were: South Wind / Južni vetar directed by Miloš Avramović, produced by Režim, Art Vista and Archangel Studios and distributed by Art Vista, with 605,010 admissions, and King Petar / Kralj Petar Prvi directed by Petar Ristovski, produced by Zillion Film in coproduction with Greece’s Steficon and distributed by Megacom Film MCF, with 168,447 admissions. Both films were still in distribution in January 2019.

No new cinemas were opened in 2019 but Serbia maintains several dozen of national and international film festivals in almost all towns of the country, as well as numerous film weeks and themed film events.

Film Center Serbia joined the regional RE:ACT film coproduction initiative and will be a full member of RE-ACT in 2020.

In 2019 Serbia had two successfull applications for the MEDIA Programme in the Group Project Development category. The winners are Belgrade based production companies – SENSE Production and This and That Productions, granted with 301,822 EUR altogether. 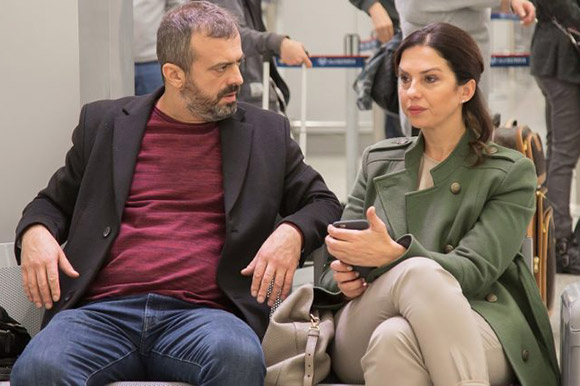 At the beginning of 2019 it was officially announced that the Serbian Ministry of Economy had decided to increase the total budget available for incentives from 6,752,421 EUR / 800 m RSD in 2018 to 7.5 m EUR / 900 m RSD in 2019, while the Ministry of Culture and Information and Film Center Serbia would increase the national funding for domestic films and coproductions to 9 m EUR, as compared to 7,879,811 EUR in 2018.

Dušan Milić’s Darkling / Mrak, Ivan Ikić’s The Users / Korisnici and Labour Day / Prvi maj directed by Mladen Đorđević and produced by Korona Film in coproduction with SENSE Production and Homemade Films, were supported by Eurimages in 2019.

According to the TV station’s reports, the Serbian National Broadcasting Company RTS maintained its dominance in 2019 both in production and popularity for the sixth year in a row. According to a research commissioned by RTS itself, RTS’s programmes were watched by 3 m spectators every day, and great reasults in 2019 were achieved by sports, entertaintainment, film, educational and music programmes on this channel. The list of the 10 most watched domestic TV series includes solely series aired on RTS.

The most popular TV series in 2019 were coproduced and broadcast by RTS: Heroes of Our Time / Junaci našeg doba directed by Mihailo Vukobratović and coproduced by Telekom Srbija and Košutnjak Film, Five / Pet directed by Balša Đogo, Goran produced by RTS and serviced by Vision Team, The Group / Grupa directed by Uroš Tomić, Ivan Stefanović, Jelena Gavrilović, Nemanja Ćeranić, Slobodanka Radun, Miloš Radunović and Gvozden Đurić and produced by RTS.

Other popular TV shows in 2019 were: Top kanal’s two hit TV shows Hoop Dozen / žigosani u reketu, produced by Top Kanal and United Media, and coproduced by Cobra Film, The Black Sun / Senke nad Balkanom, the third season of My Father’s Killers / Ubice mog oca directed by Ivan Živković and Miroslav Lekić, and also the series Besa directed by Dušan Lazarević, produced by Adrenalin, which aired on TV Prva in 2019.

The second season of The Black Sun / Senke nad Balkanom was the first TV series content to be offered via pay-per-view streaming service, attracting 150,000 subscribers.

After several years of inactivity, in 2019 TV Pink made a significant return to TV series with the TV comedy Codename: Despot / Šifra: Despot (50 episodes in its first season coproduced by Contrast Studio), launched in 2018, and then with two more fresh series – Civil Servant / Državni službenik directed by Miroslav Lekić and Ivan Živković, and produced by Telekom, as well as Surviving Belgrade / Preživeti Beograd directed by Đorđe Stojiljković and produced by Pink and Contrast Studio. However, the most watched programme was a new Serbian historical soap opera Red Moon / Crveni mesec produced by TV Pink itself.

FILM IN SERBIA
Vlajkovićeva 18
11000 Belgrade, Serbia
Phone: +381 11 3230 581
This email address is being protected from spambots. You need JavaScript enabled to view it.
www.filminserbia.com

MINISTRY OF CULTURE AND INFORMATION OF THE REPUBLIC OF SERBIA
Vlajkovićeva 3,
11000 Belgrade, Serbia

FACULTY OF DRAMATIC ARTS
Bulevar Umetosti 20,
11070 Novi Beograd, Serbia
Phone: +381 11 213 56 84
This email address is being protected from spambots. You need JavaScript enabled to view it.
www.fdu.edu.rs

NATIONAL CINEMATHEQUE
Uzun Mirkova 1,
11000 Belgrade, Serbia
Phone: +381 11 262 25 55
This email address is being protected from spambots. You need JavaScript enabled to view it.
www.kinoteka.org.rs

Want Fries With That Vaccine? Even at a Fast-Food Restaurant, Pop-Up Clinics See Slow Traffic