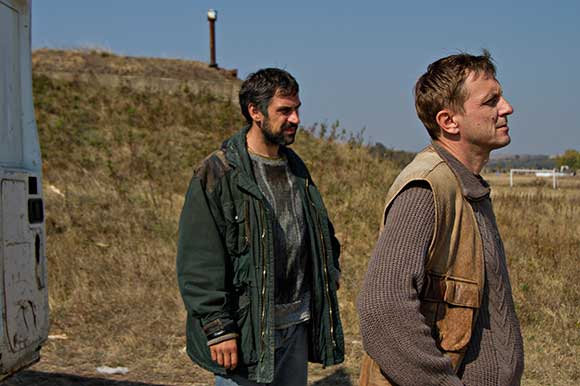 Father / Otac directed by Srdan Golubović was selected for the Panorama section of the 2020 Berlin IFF.

Dara of Jasenovac / Dara iz Jasenovca by Predrag Antonijević was chosen as Serbia’s candidate for the 93rd Academy of Motion Picture Arts and Sciences award in the Best International Feature Film category.

As a result, 2021 should bring another slight increase in the number of Serbian films and Serbian majority productions to be completed and released.

In 2020, the cash rebate for film production (25%) remained at the level established in 2019. The cash rebate scheme, which was launched in April 2016, applies to qualified Serbian spend for feature films, TV series, animated films and visual effects, TV commercials and documentaries.

At the end of April 2020 London-based Head Gear Films announced its plans to make a large investment in productions shot in Serbia. The investment facility has been set up to be operated in partnership with the Belgrade-based production outfit Balkanic Media, founded by filmmaker Jonathan English together with Los Angeles-based producer James Gibb.

Film Center Serbia was the first state culture insitution to voice out a formal plee for the state to support film workers and exibitors. Consequently, even during the pandemic Serbia managed to maintain its standard pattern of financial support contests in full capacity for the fifth year in a row.

Weekend with Pop was by far the most popular one, scoring nearly 60,000 admissions in Serbian cinemas during the autumn of 2020.

In February 2020 Father / Otac by Srdan Golubović was selected for the Panorama section of the 2020 Berlin IFF, where it won the Ecumenical Jury Award and the Audience Award. 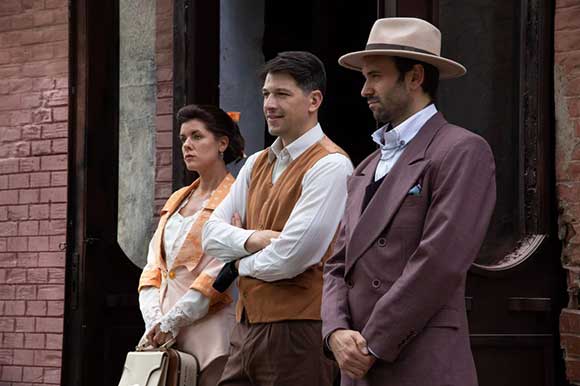 was awarded for Best Director in Berlinale’s 2020 new section, Encounters.

In the Dusk by Lithuanian director Sharunas Bartas, a coproduction between Studio Kinema (Lithuania), France‘s Kino Elektron, Serbia’s Biberche Productions, Latvia‘s Mistrus Media, Sirena Film from the Czech Republic and Portugal’s Terratreme Filmes, was selected for the 2020 Cannes Film Festival and was later screened at the San Sebastian Film Festival.

Cinnerent, was screened at the Rotterdam Film Festival at the beginning of 2020.

Starting from March 2020 the vast majority of film festivals were postponed and took place online.

Also in 2020, the Yugoslav Cinematheque / Jugoslovenska kinoteka went on with its process of restoration of Serbian film classics in cooperation with the VIP Mobile operator. The restoration schedule is based on an official voting for the best Serbian films of all times, organised by the Cinematheque in December 2016. The premieres were mostly organised online.

The historical WW2 drama Dara of Jasenovac / Dara iz Jasenovca directed by Predrag Antonijević was chosen as Serbia’s candidate for the 93rd Academy of Motion Picture Arts and Sciences award in the Best International Feature Film category. The film is a Serbian coproduction, produced by Dandelion Production Inc and coproduced by Film Danas and Komuna.

Furthermore, Film Center Serbia launched its YouTube channel, thus providing authors and producers with an additional opportunity to reach a much broader audience with their films.

The most watched new Serbian film in regular distribution during 2020 was the dramedy Weekend With Pop / Vikend sa ćaletom, with 53,718 admissions and 183,000 EUR / 21,619,847 RSD gross. The film, scripted and directed by Miroslav Momčilović, was produced by Brigada and coproduced by United Media.

It was distributed by MCF Megacom Film.

The most popular new foreign films in Serbian cinemas in 2020 were: The Gentlemen, Tenet, After We Collided, Mulan and The Trolls: World Tour, the first three being distributed by Blitz Film & Video and the fourth and the fifth ones by MCF Megacom Film and Taramount Film, respectively. The most watched, however, was the Russian blockbuster The Servant, starring the Serbian actor Miloš Biković and distributed by At Vista, which began its distribution in Serbia at the end of 2019 and went on being screened during the winter of 2020, as well.

For 2021 FCS has already planned two new grant categories: grants for feature films by renowned veteran directors and grants for film adaptions of Serbian literary works. During the course of 2020, Film Center Serbia carried out 29 grant contests, resulting in the support of 166 projects, which were granted with 6,167,743 EUR / 724.5 m RSD. The grant list includes 18 feature films and 13 long documentaries, which is the highest number of supported projects in the history of FCS.

The Serbian National Broadcasting Company RTS maintained its dominance in 2020, being the most popular channel for the seventh year in a row (and nine out of 10 years), according to the TV station’s reports. A survey commissioned by the RTS itself showed that RTS’s programmes were watched by approximately 3 m spectators on a daily basis, and great reasults in 2020 were achieved by sports, entertaintainment, film, educational and music programmes on this channel. The list of the 10 most watched domestic TV series includes nine series which were aired on RTS.

The most popular new TV series at the end of the year was Truckers 3 / Kamiondžije, d.o.o directed by Filip Čolović and produced by RTS itself, while TV Prva can surely boast the domination in the respective slot on working days with the soap opera Game of Destiny / Igra sudbine directed by various directors.

The Belgrade-based Firefly production house in coproduction with Telekom Srbija made three drama series which were aired in prime-time at the Radio Television of Serbia – RTS, namely: Tycoon / Tajkun directed by Miroslav Terzić, The Swamp / Močvara directed by Oleg Novković and Clan / Klan directed by Boban Skerlić, the last one being the most watched among all the TV series at the turn of the year.

Film Center Serbia has reignited the cooperation with the RTS – Radio Television of Serbia regarding the acqusition and screenings of Serbian documentary films and Serbian minority coproductions.

11000 Belgrade, Serbia
Phone: +381 11 3230 581
This email address is being protected from spambots. You need JavaScript enabled to view it.
www.filminserbia.com

FACULTY OF DRAMATIC ARTS
Bulevar Umetosti 20,
11070 Novi Beograd, Serbia
Phone: +381 11 213 56 84
This email address is being protected from spambots. You need JavaScript enabled to view it.
www.fdu.edu.rs

NATIONAL CINEMATHEQUE
Uzun Mirkova 1,
11000 Belgrade, Serbia
Phone: +381 11 262 25 55
This email address is being protected from spambots. You need JavaScript enabled to view it.
www.kinoteka.org.rs

Kneza Višeslava 8811000 Belgrade, Serbia
Phone: +381 11 354 97 94
This email address is being protected from spambots. You need JavaScript enabled to view it.
www.kinoteka.org.rs