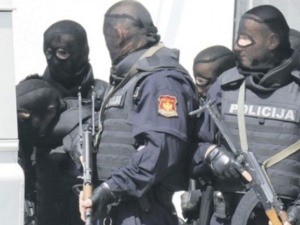 The Budva Criminal Police, through international police cooperation with the police of the Kingdom of Denmark, and through the NCB Interpol Podgorica, after several days of activities in that city, identified three security persons, a Danish citizen and a Montenegrin citizen, who were staying together in Budva, RTCG reports.

Due to the suspicion that these security persons are staying in Budva to plan and commit the most serious crimes, in cooperation with the Higher State Prosecutor’s Office in Podgorica and the investigating judge from Kotor, and officers of the Special Police Department, search warrants for apartments and rent-a-car were obtained. which they use.

The acting prosecutor was informed of everything and ordered that R.H., R.T.R., L.P. and R.M. deprived of liberty due to the suspicion that they committed the criminal offense of illegal possession of weapons and explosives, and they will be brought to the competent prosecutor today with a criminal report.

“Officers of the Criminal Police Station of the Budva Security Center are taking further measures and actions to determine other facts and the basis of the stay of the mentioned persons in the area of ​​that city,” it is stated in the announcement.

I do not change the will of the citizens, I will not return to LDK…