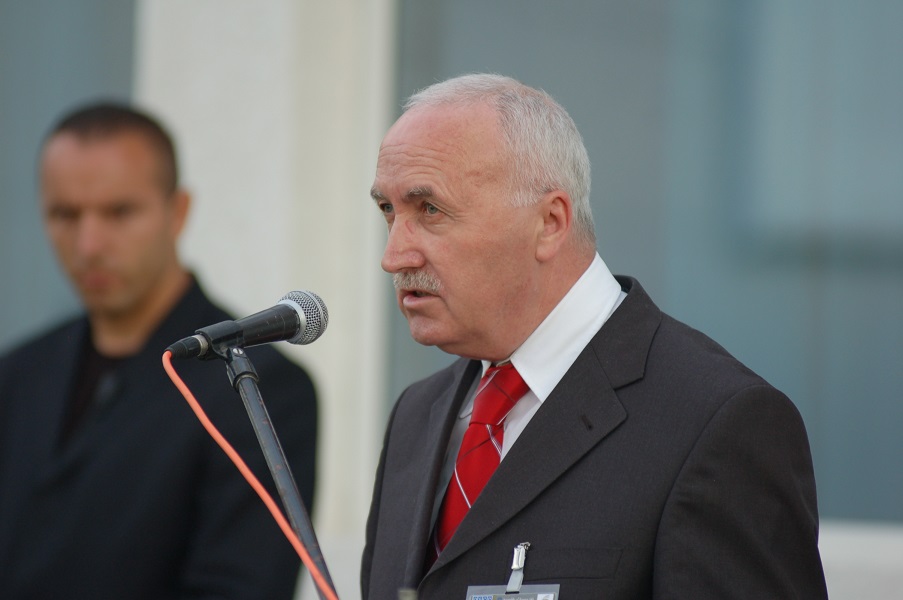 Former Speaker of Kosovo, Kole Berisha died today as a result of a serious illness.

Kole Berisha was vice-president of the Democratic League of Kosovo and speaker of the Kosovo Assembly from March 2006 to 2007.

The news of his death was announced by his son, Visar Berisha.

Early this morning our husband left us!

More than pain, I have a sense of relief for his body, which has suffered so much in the mournful silence.

Due to the serious epidemiological situation and the measures that are in force today, we will not be able to arrange to see the father.

Tomorrow, on 30.08.2021 at 11 o’clock, in the Mother Teresa Cathedral in Prishtina, the Mass of Light for the father will be celebrated, while at 13 o’clock will be the burial with the close family circle in the cemetery of the city of Prishtina.

I know that many of you want to be close to our pain, but your health and the health of everyone else is more important.

Remember our father and us in prayer, from where you are.

We receive condolences over the phone.

WILL CECA EXCEED BEAUTIFUL BRENA? In honor of the pumpkin in Kikinda, an enormous celebration is being ready, “DAYS OF MADNESS” FOR UNFORGETTABLE