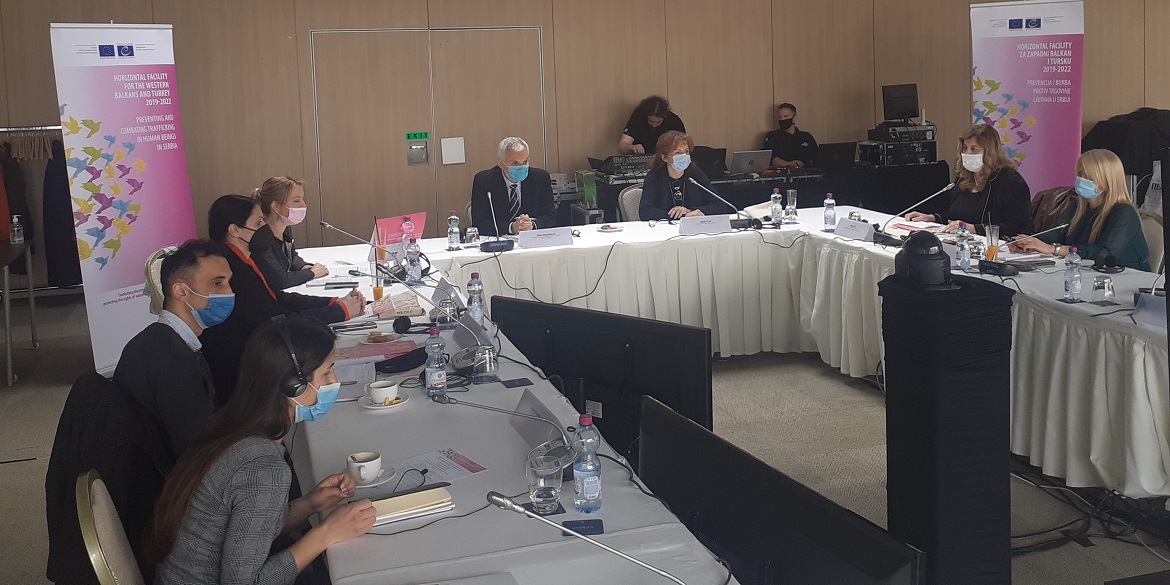 The action “Preventing and combating trafficking in human beings in Serbia” took place in its 4th meeting of the steering committee with the participation of the National Coordinator for Combating Trafficking in Human Beings, Mitar Vertreterurašković, representatives of the Council of Europe, the delegation of the European Union in Serbia, line ministries and the state Labor Inspectorate and civil society organizations involved in and benefiting from the activities.

Mitar Đurašković briefed the committee on the latest developments in the country and in particular on the upcoming adoption of action plans and measures to combat trafficking in human beings for the period 2021-2022, the increase in the number of identified victims and convictions for the crime of human trafficking for labor exploitation . This is a consequence of the increased capacities of the beneficiaries of the action and the compensation of the victims of human trafficking. Mr Đurašković highlighted several issues that deserve further attention, such as the need to better reflect gender specificities in anti-trafficking policies and measures, the need to better protect victims’ rights, including the right to compensation.

Maja Ilić, representative of the labor inspectorate, stressed that all labor inspectors in Serbia had basic training and were equipped with tools to identify signs of human trafficking and labor exploitation. Milja Krivokuća, representative of the Ministry of Education, announced that a working group was recently set up with the support of the measure to revise the existing indicators for the preliminary identification of children, potential victims of human trafficking. Aleksandra Ljubojevic from the Center for the Protection of Victims of Human Trafficking said that although the center had reduced its capacity due to the Covid-19 pandemic, it was still working on the professional development of its staff and working with other actors to combat human trafficking.

The action has also helped legal professionals (judges, prosecutors and law students) learn more about human trafficking and ensure the protection of victims’ rights. It has given grants to civil society organizations to run awareness campaigns targeting the general public and some particularly vulnerable categories of exploitation (children, youth, construction workers) through social media and meeting in local communities to reach as many people as possible.

The Steering Committee received a short presentation of the 10th Annual Report of the Council of Europe’s Expert Group on Combating Trafficking in Human Beings (GRETA). After taking stock of the activities and results since the last meeting in October 2020, the upcoming activities in 2021 were announced and the Steering Committee was very satisfied and supported the action in terms of its relevance, reactivity and cross-sectoral participation in the fight against trafficking in human beings and the protection of human health Victims’ rights in Serbia.

The action “Preventing and combating trafficking in human beings in Serbia” is part of the “Horizontal Facility for the Western Balkans and Turkey II” program, a cooperation initiative of the Council of Europe co-financed and implemented by the European Union and the Council of Europe.

England is investigating the “new Indian virus”, 70 instances are recognized