Granddaughters do not talk to each other, but Dua and Rita’s grandparents once enjoyed drinks together 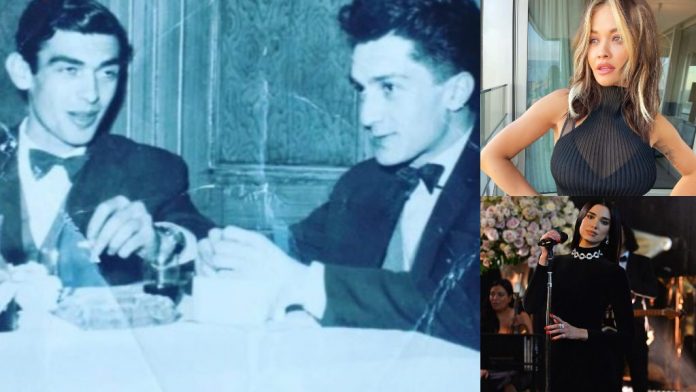 Dua Lipë’s father had shared a photo of his father and Rita Ora grandfather in 2019.

Rita Ora and Dua Lipa’s grandparents can be seen enjoying a drink in Kosovo in the 1960s in an image from the archive, which has circulated on social media, writes the Daily Mail. In the image posted by Dua’s father, Dukagjin Lipa, 52, in 2019, Rita’s grandfather, Besim Sahatçiu, a film, TV and theater director, and Dua’s grandfather, Seit Lita, a historian and intellectual, sit together enjoying a drink.

Dukagjin Lipa added an caption to the photo posted, “My father, Seit Lipa and Mr. Besim Sahatçiu. Grandparents of Dua Lipa and Rita Ora having a drink in the city of Peja around the 1960s. Grandparents friends ”. Besim, who died in 2005, was highly respected in his field and in 2018, the Kosovo Ministry of Culture honored him posthumously with a Lifetime Achievement Award for Cinematography.

That year, a street in the city of Pristina was named after him.