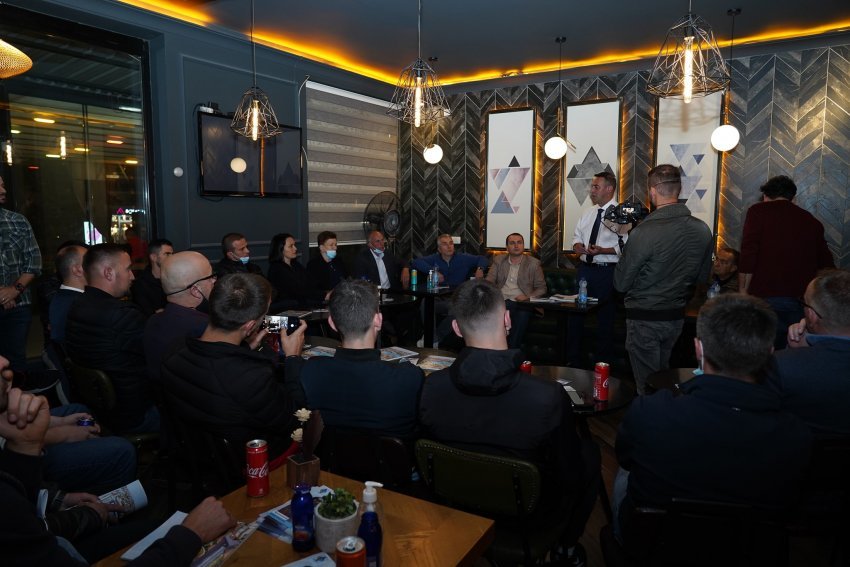 The candidate for mayor of Prishtina from the ranks of AAK, Daut Haradinaj, stayed on Thursday in the street ‘Muharrem Fejza’ of the neighborhood Mati 1 in Prishtina. He said dozens of problems in this neighborhood with poor infrastructure await direction.

“Tonight together with Dreni, conversation with the residents in the street ‘Muharrem Fejza’ of Mati 1. The chaotic situation that prevails in this neighborhood with poor infrastructure made the living of the residents difficult. Dozens of problems in this neighborhood await direction, from the nursery, the lack of security to the greenery. ” wrote Haradinaj in a Facebook post.

The candidate for mayor of Prishtina further explained that despite the numerous constructions in this neighborhood for years, the same have not yet been provided with technical acceptance by the Municipality.

“Thus, citizens can not use their properties for mortgages and as economic potential. As mayor, within 6 months a commission will be formed for the verification of facilities and technical acceptance. “Pristina needs a strong decision-making hand which pushes the process forward.”

Gresa Behluli posts the video, showing her round belly