Hate speech is not an option in Serbia! 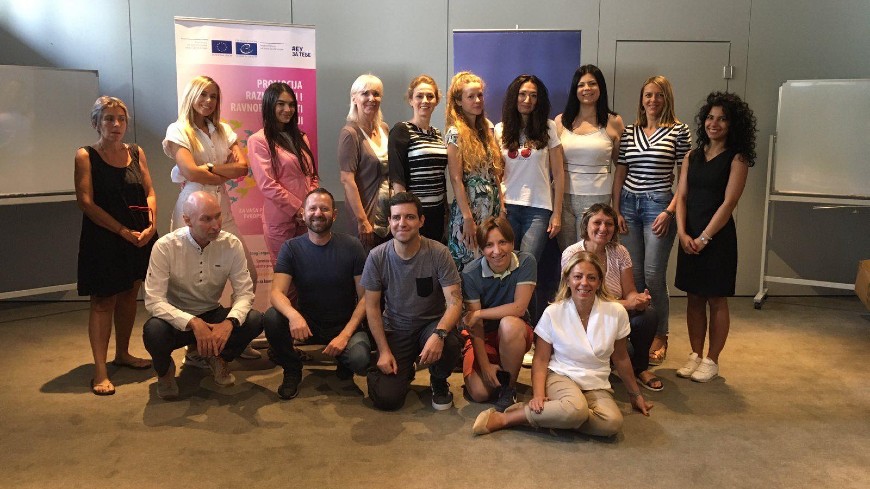 A two-day training course for media representatives on the concept and forms of discrimination and hate speech with a focus on susceptibility to hate towards LGBTI people was organized from July 4 to 6, 2021. The training took place within the framework of the common European Union and the action of the Council of Europe on “Promotion of Diversity and Equality in Serbia”, which is part of the program “Horizontal Facility for the Western Balkans and Turkey 2019-2022”.

During the training, which was carried out in collaboration with the Equal Opportunities Officer, representatives from journalists’ associations and the Electronic Media Regulatory Authority also had the opportunity to learn more about the work and role of the Equality Officer than the role of civil society organizations in combating discrimination and Hate speech. In addition, the participants were introduced to the normative framework for protection against discrimination and the results of research on hate speech in the media in Serbia by the Report on the use of hate speech in the media in Serbia.

The aim of the promotion of diversity and equality in Serbia is to strengthen the capacities of national and local actors to better address problems related to the fight against discrimination, hate speech and the protection of the rights of national minorities and LGBTI people. in accordance with European standards and recommendations of the Council of Europe.