How much does Kurti pay the rent for the new house 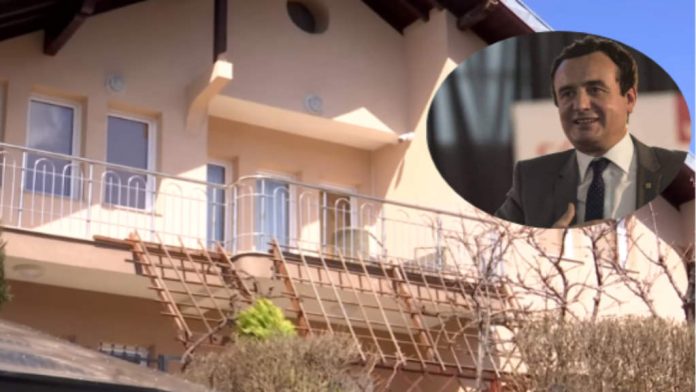 It has been more than a week since Albin Kurti changed his place of residence, the neighbors share their experiences with him.

For five years he had lived in this neighborhood.

Even the apartment where Albin Kurti lived was only 61 square meters.

But over the years, this apartment was only getting narrower and narrower, because of which the Leader of Vetëvendosje had stated that there are also books.

For this reason, Kurti had expressed interest in changing it to have more space for books.

The moment for her change came at a time when Albin Kurti was elected Prime Minister of Kosovo.

And this house, close to 500 square meters in the Tasligje neighborhood of the capital, is now the new residence of the Prime Minister of Kosovo.

Thus, the Kosovo Police is not absent here either, which is obliged to guard the residence of the Prime Minister 24/7.

While, not being enough for the Kosovo Police, security cameras have recently been installed in this house.

In addition to these, the neighborhood lights are on all the time.

While, happy with their new neighbor are also expressing the residents of this neighborhood, even though they say that meetings with him are impossible.

This house, according to the neighbors, belongs to an emigrant, while other citizens have lived in rent in the past.

Another neighbor has a message for Kurti, in case he does not govern the country well.

While, during the week there were accusations that for this house, Kurti pays a fat amount, but real estate connoisseurs show what price this house can have.

Albin Kurti is the only political leader in Kosovo who lives in a rented house, and lives in his new house with his wife and daughter.

Describes itself as the most powerful in the world, the muscles of the Russian athlete look incredible – Latest News

THE COLD WAVE IS GOING TO SERBIA! FOR WEEKEND CHANGE OF WEATHER! A well-known meteorologist reveals every little thing intimately! /PHOTO/