Hoxhaj from Suhareka: To show the ache for our comrades in The Hague into delight by voting for PDK 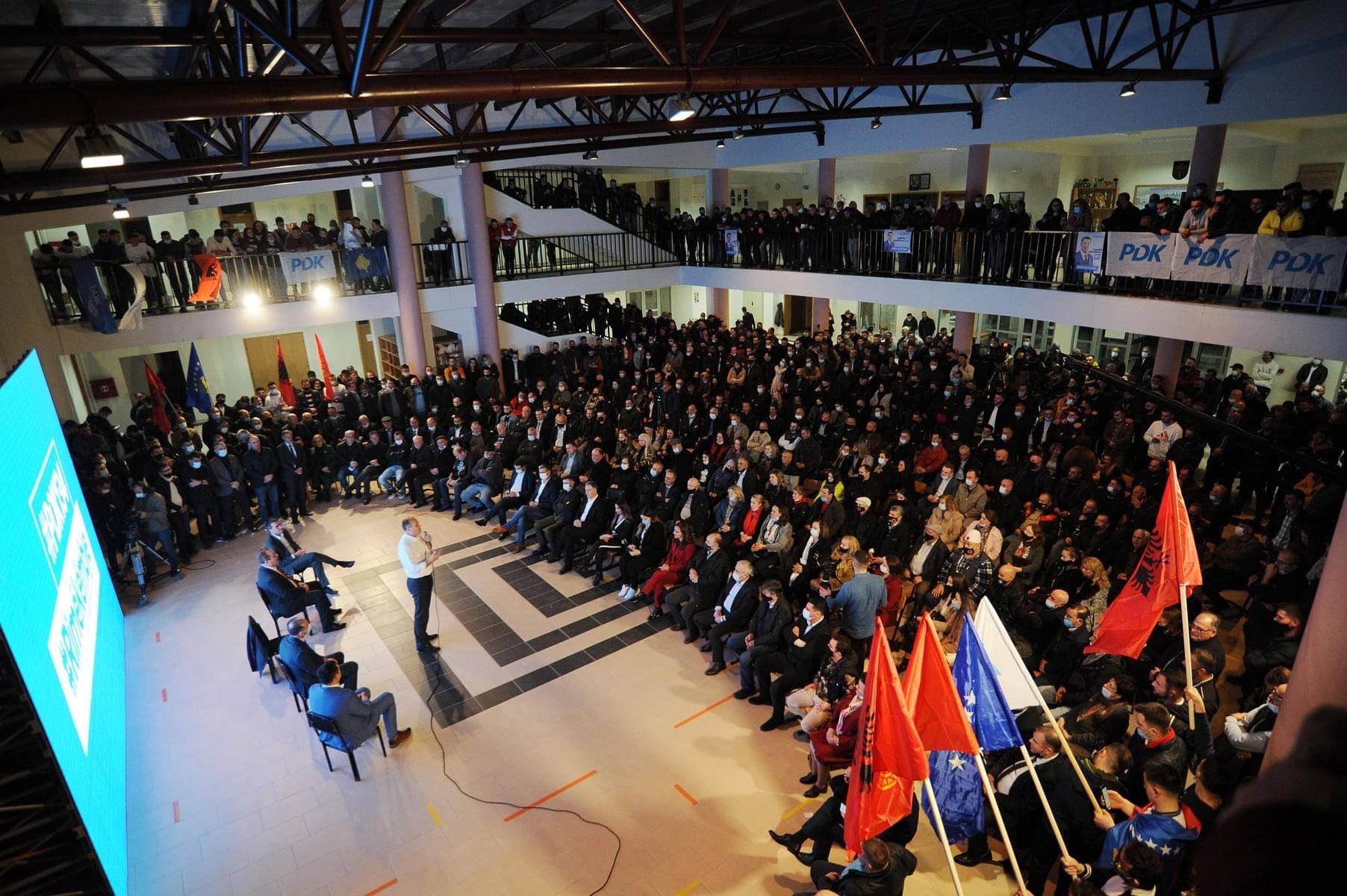 The chairman of PDK, at the same time the candidate for prime minister, Enver Hoxhaj held an electoral rally in Suhareka, where he spoke in front of the citizens of this municipality about the Recovery Plan.

There Hoxhaj pledged a fund of 1 billion euros to exit the crisis caused by the pandemic and 500 million euros of support for businesses.

Hoxhaj demanded that the pain for the absence of Thaçi and Veseli be turned into pride for PDK, voting strongly on February 14.

“Despite the pain we have for our friends who are not in Theranda today, who are not in Kosovo today, but are in The Hague, let us return the pain to pride. “And I invite you here in Theranda as I invite every citizen of Kosovo everywhere in Kosovo to translate the pain with pride and the pain turns into pride by voting strongly for the Democratic Party of Kosovo which will win the elections on February 14”, has said Hoxhaj.

Lončar introduced WHEN EXACTLY NEW MEASURES WILL BE INTRODUCED: The system is overbooked, a document variety of receipts is recorded