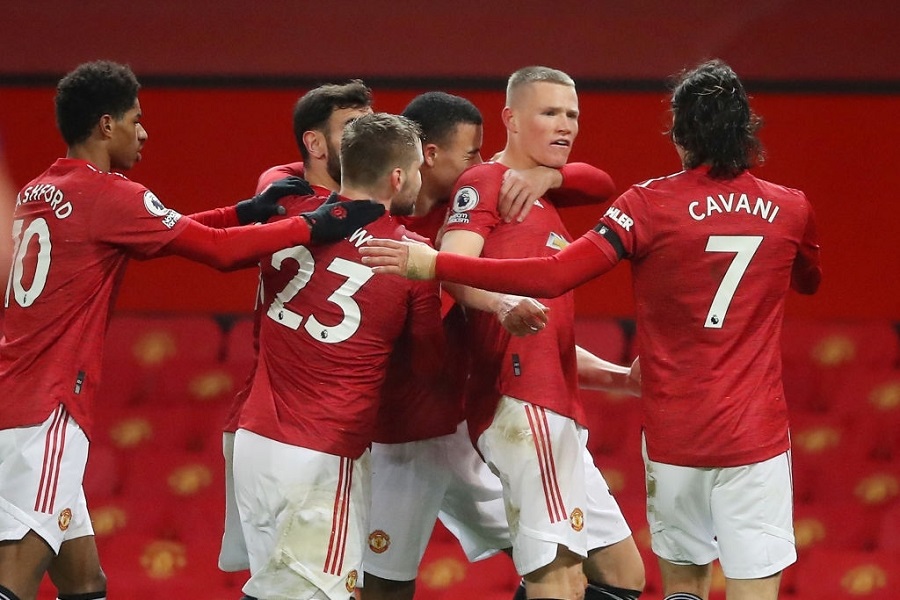 The spectacular English Premier League match between Manchester United and Everton is over, where less than six goals were scored.

The match started at a high pace in its first minutes. It was the home team led by coach Ole Solskjaer who found the lead in the 24th minute of the match when Edinson Cavani scored.

Shortly before the teams went to the break, Bruno Fernandez scored a super goal to deepen the lead of the “Red Devils” to 2-0, KosovaPress reports.

With the start of the second half, Everton appeared formidable on the field and managed to equalize the score by scoring two goals within three minutes through Doucoure (49 ‘) and James Rodriguez (52’).

But, United did not agree with this result and when the 70th minute was taking place, the midfielder McTominay scored with his head after the cross by Luke Shaw for the result 3-2.

When it was thought that Solskayer’s team was getting a big victory, Calvert-Lewin came on the scene who scored in the last seconds to equalize the score to 3-3

After 23 games played, Manchester United holds the second place with 45 points, as much as Manchester City has in the first place.

Everton on the other hand has collected 37 points and is in sixth place. / KP /

Hoxhaj from Suhareka: To show the ache for our comrades in The Hague into delight by voting for PDK