I have been waiting for him to come for two years, he came to go to the coffin 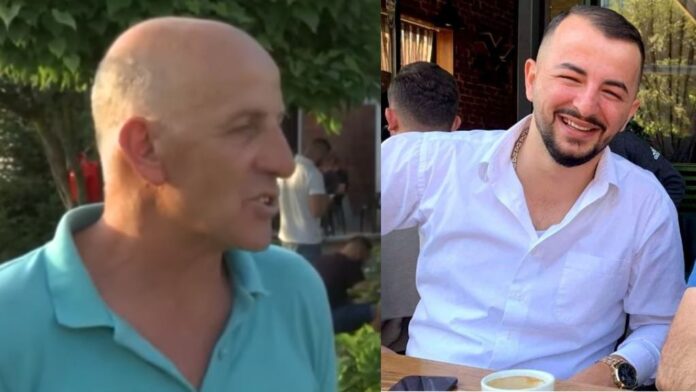 The father of the murdered man in Viti, Arbnor Rama spoke about the serious event where his son, Arbnori, was killed today.

According to the father, Isa Rama, his son had come to Kosovo four days ago, and that he had worked with Doras’s brother, and that they had had a small quarrel, but not to end fatally

“We are learning the details now, but we did not have anything concrete, we are a quiet family, we did not have access to events, they worked abroad with his brother, they had a little quarrel and when they came here, I had no knowledge for such a serious incident with fatality, but since the joy conveys us, and turns us into tragedy.

“I waited for the next two years, and he came to go to the coffin”, said the victim’s father for Kanal10.

Isa further indicates that you had talked to Arbnor, but that this was a small, simple problem

“Small problem, simple, nothing significant, no, problem on the spot, we talked, I told him it is a very small problem, do not even discuss this work because it is not worth it, I want to come on vacation, take the bride and want a break “calm, he has come, since four days, yesterday his wife came, today in the coffin”, he said.

“There is no day that Arbnori will meet with Doras, because it was a small problem, and that he did not talk about it, and not to go out and shoot with two or three cars like in Texas, and God willing, the last case koft ”, said Rama.

In the end, Rama said that he expects the institutions to do their job.

Bosniak: We had the worst luck, it was a good experience – Latest News

TOMORROW ARE HOLY WITCHES, PROTECTORS OF DOCTORS! With a view to be HEALTHY ALL YEAR it’s essential to say these phrases! Here’s what the CUSTOMS dictate!