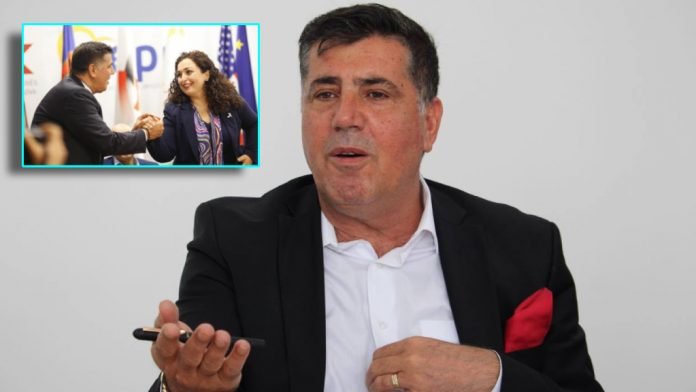 The Vice President of the Democratic League of Kosovo, Lutfi Haziri has stated that before the February 14 elections he has now asked the President of Kosovo, Vjosa Osmani to return to the LDK.

Haziri said that he knows Osmani as a political character and has seen that his attitude is not softened.

It is not a plea, but a friendly, collegial prayer. “At one time, there was a rivalry between me and Vjosa, but Vjosa is president today, she is a resident of Gjilan, at least Gjilan has a president now”, said Haziri in “Debate Plus” of RTV Dukagjini.

“I know it as a political character and I have seen that the attitude is not softened, or it was done too late, or it was prepared too early for that kind of action,” said Osmani.

Otherwise, Haziri said that in this year’s party elections, on March 14, when Lumir Abdixhiku was elected chairman of the LDK, there was a linear cut.

Haziri said that no one in the party can justify himself anymore.

“The problem is that the political cowards, in whatever political camp they are in, they give daily blows to the party, wanting to preserve their patriarchy and their small political interest, and by winning the small battle in their own village, it causes them pain. big party “, said Haziri in the show Debat Plus on RTV Dukagjini, Telegrafi reports.

He further said that this is the second time that the same situation happens to the LDK.

Asked by the panelists who are the ones who are hitting the LDK, Haziri did not want to mention names, saying that they are no longer factors. / Telegraphy /

RTS :: Underwater forest in the course of the Mediterranean