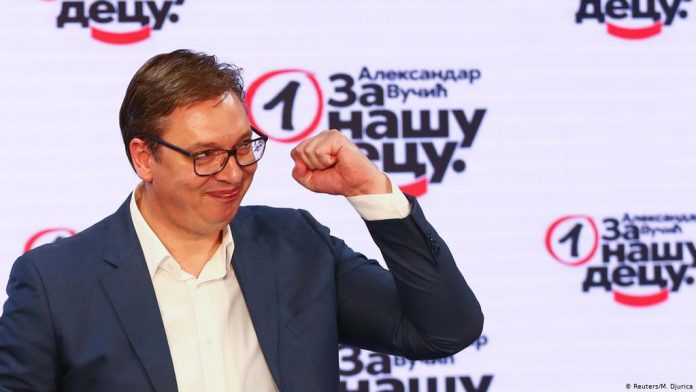 The session of the National Security Council of Serbia, in which, as it was said, the recent events in Kosovo were discussed, has already ended and after that, President Aleksandar Vuiqi është declared.

According to Serbian media, Telegrafi reports, Vuiqiiq, who chaired the session, said that he received a proposal to resolve the situation at the border crossings with Kosovo in Jarinje and Brnjak, but that he rejected that proposal.

“… We have come to the conclusion that Serbia will continue to insist on maintaining full peace and security for Serbs in Kosovo.

“Statements in which they equate us and say that both countries are guilty are inappropriate,” the Serbian president initially claimed.

He also noted that yesterday he received a proposal from the EU and QUINT countries on what a “compromise solution” should look like.

“I rejected it because it is not a compromise and because it turns Serbia back.

“In short – it is a solution according to which 70 percent of what the Albanians intended to do…”, added the President of Serbia.

His reaction comes after the Government of Kosovo took a decision on Monday to establish reciprocity with Serbia in terms of vehicle license plates.

The document was signed on Monday by the Minister of Internal Affairs, Xhelal Sveçla.

The decision made public by Minister Sveçla states that “it is obligatory to provide temporary license plates for all vehicles that have Serbian license plates and enter the territory of the Republic of Kosovo.

Equipping with temporary license plates is done at all border crossing points of the Republic of Kosovo ”.

The decision further states that the validity of these temporary license plates is 60 days.

As a result, police forces were added to the border crossings with Serbia in the early hours of Monday morning to oversee the implementation of this decision. / Telegraphy /