This building served as a place of relaxation for the Germans stationed at the Auschwitz-Birkenau camp, but for the prisoners in the camp it was a place of degradation and despair.

Built by prisoners and opened in early 1942, it served as a “social club” for officers and their families. In the 3 years of its activity, this club has hosted cabaret, sketches, orchestral concerts and boxing matches. Horse races for children were even organized in the courtyard of the building.

But the prisoners of the camp also performed there, including 7 Romanian dwarf Jews, who attracted the attention of the infamous Josef Mengele, the Nazi doctor who was described as the “Angel of Death”. Before being sent to Auschwitz in May 1944, the Ovitz family was known worldwide for their performances, known as the “Lilliputian Troupe.” But in the camp they appeared as “Dr.’s dwarf spectacle. Mengele ”.

This doctor was the one who shared the new feeds in the camp. He chose who went to the gas chamber, who went to forced labor, and who became the subjects of his cruel experiments. The latter were usually twins or people who were of interest to him. Although they lived in better conditions than others, the doctor’s selected were subject to inhuman experiments. The dwarves had their bone marrow removed and their teeth pulled out without numbness. The purpose of the experiments was to find signs of heredity among the dwarf family.

At the social club, the doctor forced the dwarves to undress and presented to the officers as an example that the “Jewish race” was degenerating into dwarfs and cripples. 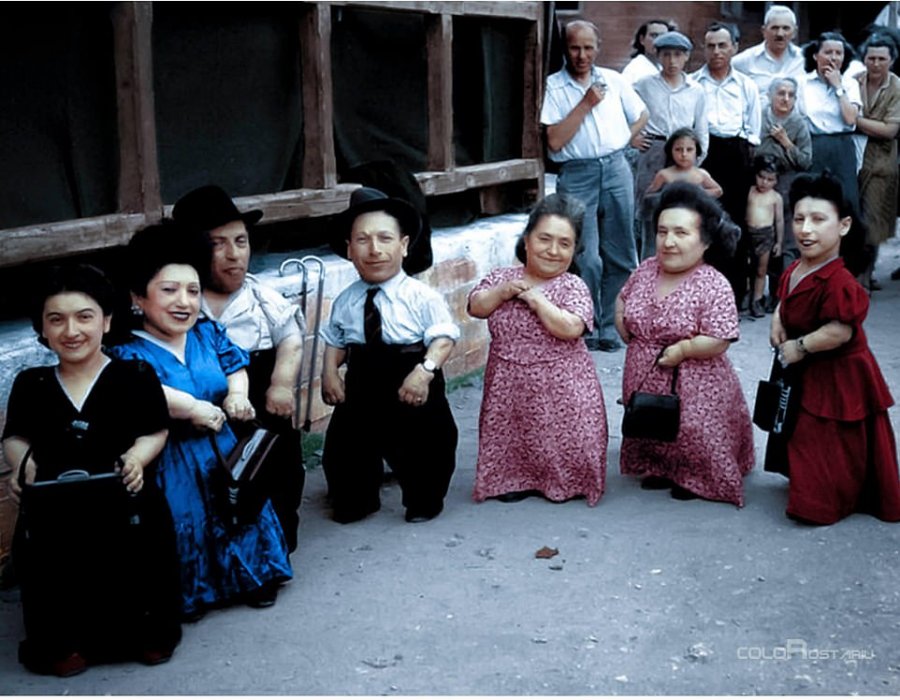 The 7 siblings survived the horrors of the concentration camp and lived in the Soviet Union until 1949, before moving to Israel and resuming performances./a2news/