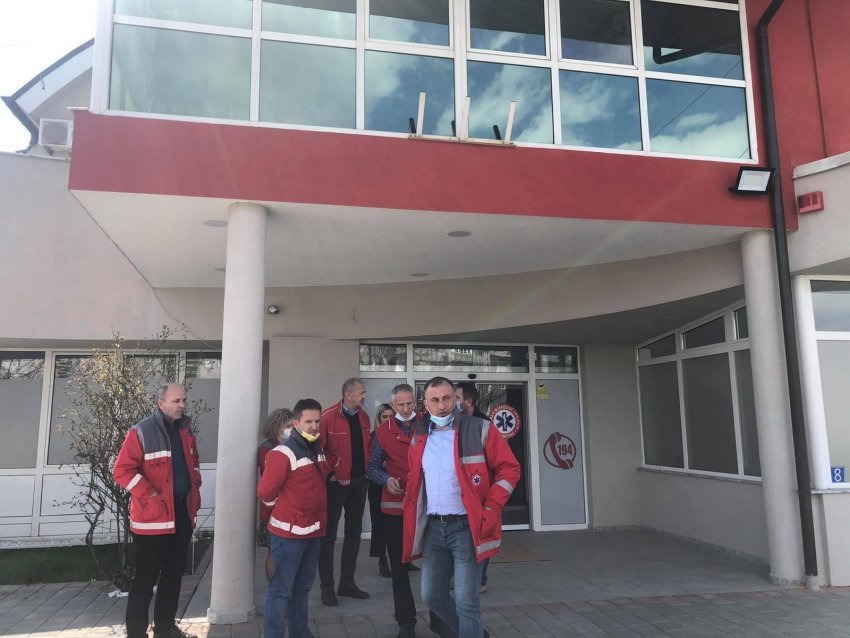 The health union of QKMF in Prishtina, protested on Thursday after the physical attack on an employee of the Emergency Medicine Center in Prishtina by a citizen.

The Director of Emergency Medicine in Prishtina, Avdyl Pacolli said that the protest was organized in solidarity with the attacked worker.

“Citizen violence and brutality against us is the reason for protesting. “On March 29, 2021, after the citizen arrived at home, our nurse was physically attacked by the son of the woman for whom the emergency was called,” he said.

According to Pacolli, the reason that pushed the citizen to use violence was the request of the nurse not to shoot the execution of the patient during the treatment.

“All our workers have stopped working for 10 minutes in protest of such behavior of the citizens of Pristina,” added Pacolli.

The director also indicated that they have notified the Police and the Prosecution about the case in question.

The IS worker was assaulted according to them was physically assaulted during the home visit while he was providing services.