Ismaili promises clean Pristina, digitization of containers and baskets in every neighborhood 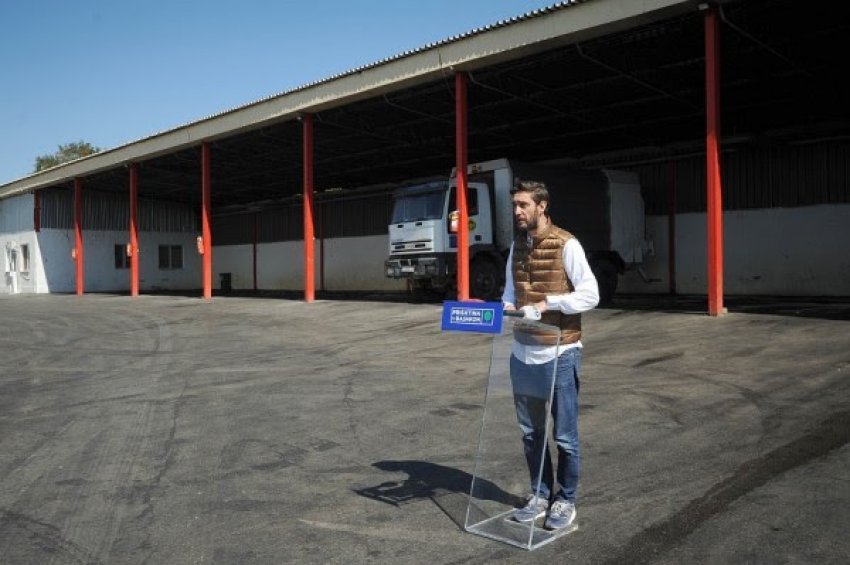 The candidate for mayor of Pristina from the Democratic Party of Kosovo, Uran Ismaili has promised a clean Pristina within the first 100 days of his rule.

He made these commitments after his visit to the company that deals with waste collection “Cleaning”, in Pristina.

Regarding waste management in Pristina, Ismaili said that they have identified obstacles that are stifling Pristina in this regard.

The claimant to the mayor of Prishtina says that by placing baskets in every part of the city, digitizing the containers and making the waste collection schedule more frequent, Prishtina can be made clean.

Ismaili: In 100 days we will make Prishtina clean

“I have made a commitment and it is the only commitment I have made for the next 100 days and that commitment is that Prishtina will be clean and we will do this in cooperation with citizens and companies such as ‘Cleaning’. To make Prishtina clean we have made some interventions or proposals to intervene. The first is to put the neighborhood bins in every part of the city because there are so many spaces in Prishtina that you have nowhere to throw garbage and thus create an opportunity to be the most polluted city. Second we will change the collection schedule making the schedule even more frequent and never again see the garbage that stays in our neighborhoods. We have to buy different transport vehicles, we saw this from the meeting with the management of ‘Cleaning’ so that those vehicles are small and fast… Also, our containers must have a kind of digitization, so they must be digitized so that they signal the signaling center to show when their capacity of 70% is filled “, he stressed.

PDK candidate for mayor of Pristina, Uran Ismaili has promised solutions for gastronomy and construction waste.

Whereas, it plans to achieve all these objectives by the end of 2023.

Ismaili: We will build a center for treatment of construction waste

“We will make contracts with all businesses, especially with gastronomy, so that they do not throw their waste in the neighborhood container, and with the launch of the digital system ‘Bring’, the waste of bars and restaurants will be collected at certain times without burdening the neighborhoods. ours. We have also thought about construction material waste, we know that it is a big problem of Prishtina, we will build the center for treatment of construction waste and demolition, as well as the center for the treatment of bulky waste in areas suitable for citizens and builders and all these that we predict will be completed by 2023 “, said Ismaili.

The Checkup Is in the Mail? Soliciting Letter Carriers to Help Deliver Health Care