KILLERS FROM TWITTER 30 YEARS IN PRISON! Nedjeljko Djurovic convicted for the homicide of pupil Milos Mileusnic 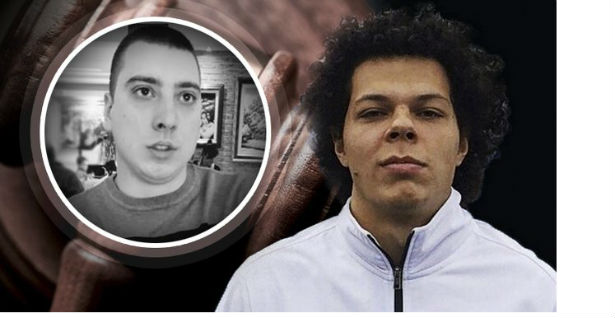 KILLERS FROM TWITTER 30 YEARS IN PRISON! Nedjeljko Djurovic convicted for the murder of student Milos Mileusnic

Nedjeljko was arrested shortly after the crime and has been in custody ever since.

Nedjeljko Djurovic was sentenced today to 30 years in prison for the murder of student Milos Mileusnic (24), reports the Telegraf reporter from the High Court in Belgrade.

The sentencing began at 11 am, and the father of the murdered Miloš, Goran Mileusnić, gathered in front of the court, as well as the victim’s friends who came in T-shirts with the inscription “Just to be smiling, I remember you like that”. They also spread the banner “Justice for Milos” in front of the High Court.

The mother of the accused Nedjeljko also entered the courtroom.

Đurović is charged with the criminal offense of aggravated murder in an insidious manner, on January 27, 2019, in front of the building in Dimitrija Tucovića Street, and the prosecutor requested a maximum sentence of 40 years in prison for him.

– I am aware that in the end I will be to blame for everything – the accused said at the time.

The prosecution believes that Djurovic took to the streets on the night of the crime with a knife in his hand, determined to kill someone. He accidentally ran into Mileusnić when he had never seen him before in his life and stabbed him.

However, Djurovic has denied since the beginning of the trial that he was the person who stabbed Mileusnic to death in the early morning hours of January 27.

He was arrested shortly after the crime and has been in custody ever since.

According to the media, Đurović comes from a wealthy family from Požarevac, but he has been living in Belgrade for years, where his parents bought him an apartment.

Mileusnić was a student from Čačak, who died of his injuries at the Emergency Center.

The variety of hospitalized with COVID-19 is lowering, 883 sufferers are being handled in HUCSK