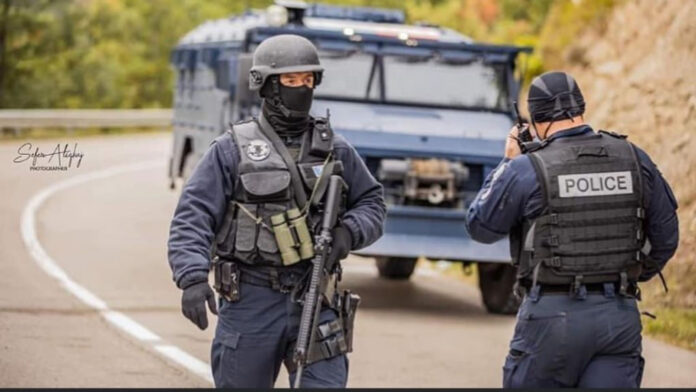 Kosovo Police is drone monitoring the northern part of the country.

The situation in the north of the country continues to be calm, despite the blockades created by local Serbs, as a sign of protest against the measure of reciprocity with license plates, imposed by the Government of Kosovo, Telegrafi reports.

Otherwise, three helicopters of the Serbian Armed Forces were seen this afternoon flying in the territory of Serbia, near the border points in Jarina and Brnjak.

Security expert Agim Musliu considers the demonstration of the Serbian Air Force a direct threat to Kosovo by the Serbian Army.

“The three Serbian military helicopters, of the ‘Gazela’ type, seem to have violated the Kumanovo Agreement and the agreement with NATO, because they have entered territory where they are not allowed to enter,” Musliu told ATV.

Today is the fifth day that Serbs are blocking roads in Jarina and Brnjak. / Telegraphy /

STONE HOUSE FROM THE 19TH CENTURY IN GORNJI RAČNIK NEAR JAGODINA, recognized for filming cult collection based mostly on the novel by Ćosić!