STONE HOUSE FROM THE 19TH CENTURY IN GORNJI RAČNIK NEAR JAGODINA, recognized for filming cult collection based mostly on the novel by Ćosić! 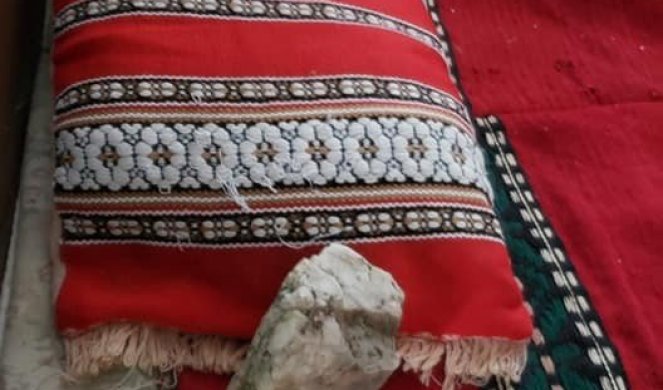 – I’m going to break. I intentionally wrote in our language like this, because that’s how I feel. On August 7 or 8, vandals broke all the windows on my house and the police conducted an investigation, but to this day there is no result. And it is evident that it was done by juvenile delinquents, because for 27 years, as I have been guarding this house, I have not missed a single nail. As these “Indians” appeared in the village as guests, my bridge was torn down and all my windows were broken. I found over 50 stones in the house, an ordinary peasant will not bend 50 times and shoot. But the law is very cautious towards minors, and parents are also protective, because it is a disgrace for them, it should be paid and then this case will remain unsolved. So, Dragan, fix it yourself and be happy, you could have gone worse, and it hurts that no one answers at least by name and surname. That is how becoming a bully protects you, both the law and the parent, and then you wonder how he became a criminal. And I still wanted to write a lot of things, but I better keep quiet, I wrote and shared these pictures just to make it a little easier for me when I’m fixing – wrote Gligorijevic.

In Gornji Racnik, on the slopes of Crni vrh, in the vicinity of Jagodina, TV series were filmed, “Roots”, “Time of Evil”, “Music in the Great War”.

The house in Gornji Racnik was built in the period between 1843 and 1844, and unlike other village houses, it basically has 130 square meters.

As Gligorijević points out, the curators of the History Museum from Kragujevac explained to him that the house was painted in 1891 by Italian masters. Below half of the house there is a basement, the upper part is intended for living, and from the main room you can enter any room.