Krasniqi: Ismaili will be in the runoff 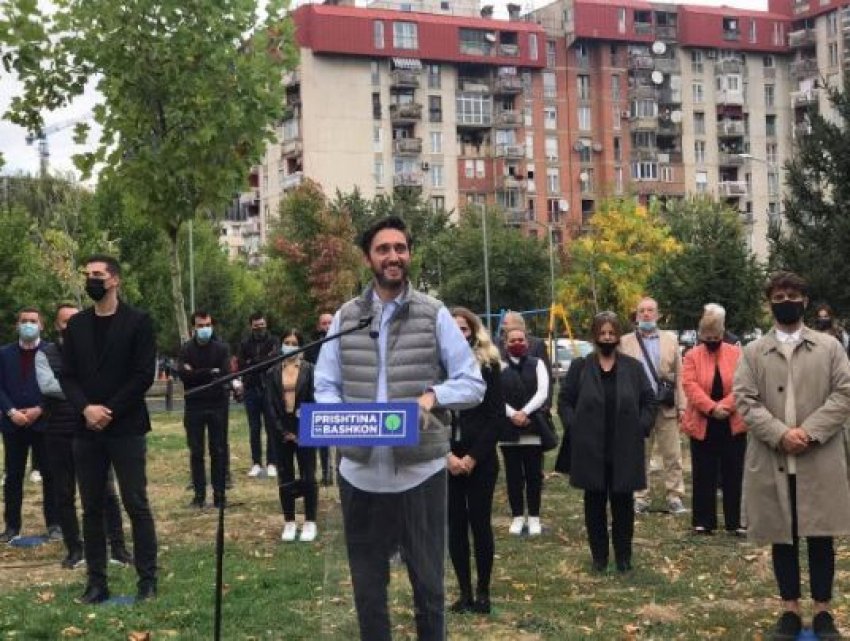 PDK chairman Memli Krasniqi says Uran Ismaili is the most prepared candidate to lead Pristina. Krasniqi is convinced that Ismaili will be in the runoff.

Krasniqi gave the reasons for these expectations.

“I strongly believe in the candidacy of Uran Ismaili. “Uran, first of all, as a boy from Prishtina, loves this city and he really has it with passion and conviction that he can be a good mayor for all citizens”, says Krasniqi.

“Uranus’ candidacy is not just a PDK candidacy. Uranus is the candidate of all citizens of Pristina first and foremost. I think that the campaign he has made, has set a new standard not only in Kosovo but I believe it can be considered in the region because it was a campaign which focused on the citizen, not the criticism but the offer “, he stressed.

“I think he has honored us all with such a candidacy. “As a voter in Pristina, I think we should ask the question: who is the candidate who can get the job done”, added Krasniqi.

“In this race I am convinced that Uran Ismaili is many times better prepared than all other candidates to be mayor. “Both in the academic sense and in the sense of managerial and institutional experience, but above all in the sense of the preparation that he has to perform the duty of mayor”, says Krasniqi.

“As a citizen of Pristina, even if I were completely politically independent, in these elections Uran Ismaili would have been the undisputed choice for me,” he said.

“Uranus’ candidacy goes beyond party affiliation and his goal has been that way and the government will be that way. I believe that a position that Uranus already has strongly in the runoff, will give it a chance to be the winner of this election. Predispositions are in the second round to be the winner. However, it is important that it will be in the runoff “, explained Krasniqi.

KHN’s ‘What the Health?’: The Health Agenda Still on Hold