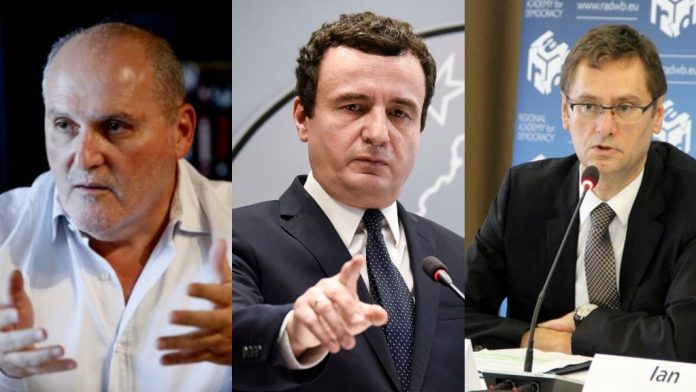 The Prime Minister of Kosovo, Albin Kurti, has invited to be part of the Kosovo-Serbia dialogue the publicist Veton Surroi, as well as the former political coordinator in the talks with Belgrade in Brussels, Blerim Shala.

This is what Klan Kosova learned, although he said that nothing has been concretized regarding this issue.

The media has learned that Kurti has held only one meeting with the two actors, as he says that some former Kosovar diplomats have been contacted to be part of the dialogue.

Blerim Shala has held the position of political coordinator since the end of 2012. Since then, he has been part of talks with Belgrade, held in Brussels, with Hashim Thaçi.

Veton Surroi was never involved in the process, but has repeatedly criticized Kosovo’s approach to talks with Serbia.

Kurti had met with the latter a few hours before his government was voted, as part of a conversation held by the Kosovo Foundation for Open Society (KFOS) on dialogue issues.

Presenting a list of recommendations for the Kurti government, Surroi stressed that the first feature of the dialogue process so far was insufficiency.

“There is no structural change in the permutation, which makes the process cross that threshold of insufficiency, and this of course not only gives the right but also the obligation to the future Government and parts of society that want to help this process to do re-evaluating the process and the agreements in order to make progress on this process, to cross that threshold, of course always within this mandate that the EU has as a facilitator of the process, ”he declared in this conversation.

Agreement reached, Liverpool secures the services of one of the most talented footballers in Europe – Latest News