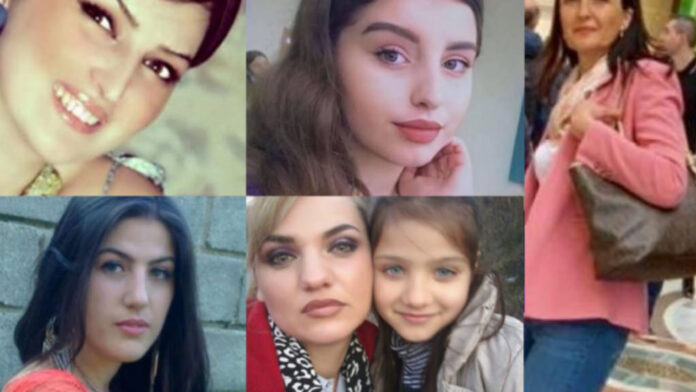 Murder of women in Kosovo ..

The 18-year-old, Marigona Osmani from Ferizaj, on Sunday, August 22, 2021, was sent without signs of life to the emergency room by her husband, Dardan Krivaqa and Arbër Sejdiu.

Diana Kastrati was killed in 2011, also by her husband, Adnan Jashari.

He had killed Diana just a few meters away from home, at noon.

Diana’s case came after her request for urgent protection against domestic violence was not accepted by the Court of Prishtina.

And, until 10 years have passed since Diana’s murder, her husband suspected of this murder, is still on the run.

Zejnepe Berisha died on October 23, 2015 as a result of injuries received by her husband Nebihu.

Nebihu’s husband, in the presence of the minor, had deprived Zejnepen of her life by knowing her 20 (twenty) times in a row, in all parts of the body, persistently and in a brutal manner.

In this case, the court had decided that the perpetrator should be sentenced to 12 years in prison, but after pressure and analysis of the circumstances and manner of the murder, this sentence was increased to 17 years in prison.

In 2015, one of the heaviest vehicles occurred, which shook Kosovo.

November 9, 2015, Donjeta had disappeared, to be found and killed after 6 weeks in the mountains of the village.

After many scenarios of suspicion about this case, it turned out that Donjeta was killed by his cousin, Naser Pajazitaj, who during the time that Donjeta was missing had stayed close to the victim’s family.

And, almost 6 years after the case, the court gave the final verdict regarding this murder, sentencing Naser Pajazitaj to life imprisonment.

While Zejnepe Berisha in 2015 was killed by her daughter, Valbona Ndrecaj (34 years old) was killed together with her 9-year-old daughter, by her husband Pjetër Ndrecaj, in August 2018.

Abortion Bans Skirt a Medical Reality: For Many Teens, Childbirth…

The indictment explained that Valbona had been stabbed in the chest and head while the girl was behind the ear.

The prosecution clearly explained the couple’s conflict and the functioning of two problem-solving systems, state law and canon law.

A few weeks before the shooting, Peter was arrested by the Police, suspected of su.lm against his wife.

He was detained for 30 days, and after his release he started to solve his problem on canonical grounds.

At the time when the Gjakova Prosecution was dealing with the investigation of Valbona’s beating, Pjetri had gathered the men and according to what is called custom, he had gone to Valbona’s family, to try to reconcile with him.

There, as it is written in the indictment, they were received by the family with coffee and ra.ki.

Sevdije Berisha found her dead after her husband, Isen Berisha, had beaten her several times with a goose on her head and other parts of her body.

All this had happened while she was asleep.

In addition to killing the woman, Isen Berisha had also attacked his pregnant reindeer Arlinda, who tried to prevent the mother.

She was go.ditur on the head and on the left arm with so.dap.

Another incident that shook Kosovo is that of Armenda Aliu, also by her husband, in August 2019.

The couple had a few days to come from Switzerland to Kosovo for vacation.

The couple’s problems had caused the 61-year-old to take his life with his wife, 42-year-old, just a few meters away from their house, in the “Hysni Morina” neighborhood of Prizren.

Police had found 15 bullet casings at the scene, which were fired from the reload with which it is suspected that the whole serious incident took place.

She was killed by her husband Nuhiu in July 2020.

According to the indictment, due to constant family disputes, he intentionally deprived of life his wife, now deceased, so that after the conversation, the same with a suitable tool – a metal shu. left and on the head, which after falling to the floor, again continued to go.

Nuhi Mavrovqani had confessed to the crime until he was sentenced to life imprisonment.

Abortion Bans Skirt a Medical Reality: For Many Teens, Childbirth Is a Dangerous…