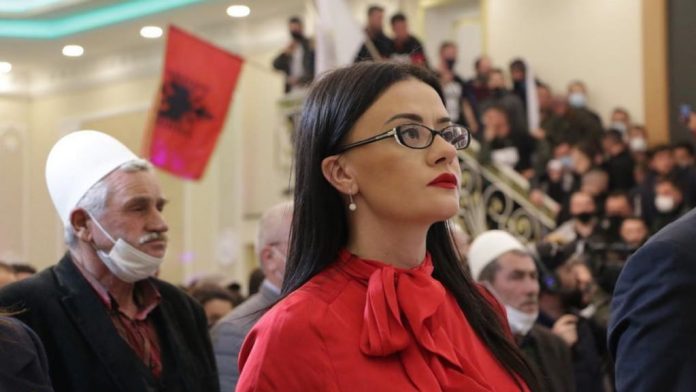 Time Kadrijaj, Albena Reshitaj and Florentina Gjergjaj are the three most voted women in the AAK list for Deputies, who consequently have secured seats in the Assembly of Kosovo, along with 6 male deputies from this party.

While for Time Kadrijaj and Albena Reshitaj the results that provide them with seats in the Assembly were confirmed a few days ago, the results for the next seat in the Assembly that is guaranteed to a woman from the AAK electoral list show that the candidate Florentina Gjergjaj will be the next MP. of this party.

Gjergjaj, who ran in this election for the first time, came out with a higher vote result than the other two candidates Albana Bytyqi and the incumbent Foreign Minister, Meliza Haradinaj.

According to the results provided by the Reporter, Gjergjaj came out with 4032 votes in the February 14 elections, leaving out of the Assembly Bytyqi who collected 3942 votes in total and Meliza Haradinaj who received 3852 votes.

So far, in the list of AAK for deputies, seats in the Assembly have been provided by the chairman of this party Ramush Haradinaj and his brother Dauti, as well as number 2 of this list, Dr. Shemsedin Dreshaj.

Besnik Tahiri, Pal Lekaj, Shkumbin Demaliaj, Anton Shala, Beke Berisha and Arber Tolaj are waiting for the final results to see who will be the deputies of the next legislature from the party which won only 7% in the elections of February 14, 2020 .

Tahiri and Lekaj are closer to guaranteeing seats in the Assembly, while the last seat can still not be said to whom it will be reserved./kosovarja