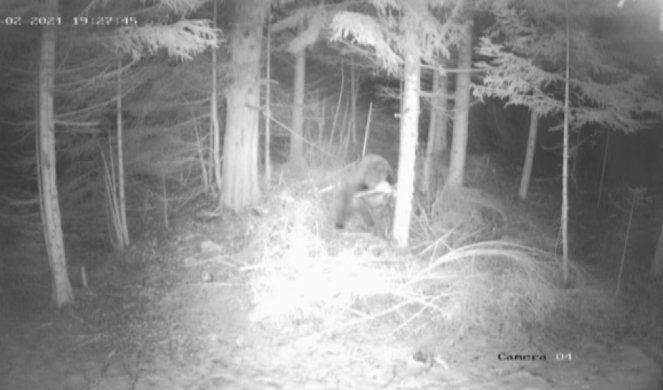 “He usually comes to the feeder only at night, and it was like that this time as well. It seems that he was in hibernation for a long time, so he had dinner for about three hours. Miloš the bear has been monitored for several years and sent about 20,000 data during that time. “Sometimes it happens that it changes its dens during the winter,” Vjekoslav Joksimović, president of the Jadovnik Association from Prijepolje, which gathers animal lovers, told RINA.

Along with Miloš, this February, another brown bear woke up from its winter sleep and also visited the feeding ground.

“It is an individual that we named Mališa. He has been appearing on our territory since last year, when his mother left him. It is a young individual,” says Joksimović.

So far, brown bears from the Jadovnik mountain have not caused major damage to rural households. The Kashan feeding ground also contributes to that, to which 30 to 50 volumes of food are taken out annually, so the bears do not look for meals in other places.