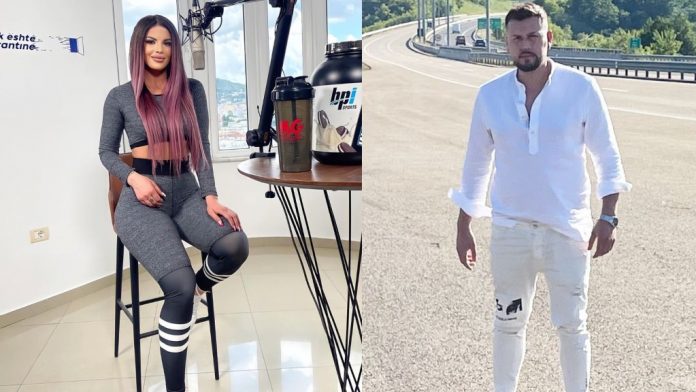 Ledjana and Mevlani have not talked for weeks and have no communication with each other and why many thought that they would leave the “Match” couple.

Today, invited to the show “Albania Live”, Mevlani confirmed that he no longer talks to Ledjana and that they are not even followed on Instagram. Before finally leaving “Për’puthen”, Mevlani confirmed the same thing and said that Ledjana had not spoken to him from the moment he had sung her song with Antonella at the party.

Meanwhile, today she published a part of the song “Ledjana”, which Mevlani dedicated to her during the time they were on the show.

But from the part that Ledjana has posted, it seems that the voice does not belong to Mevlani and in a way Ledjana is trying to prove the fact that the song for her was not written by the competitor of “Për’puthen”.

“The original version is coming soon”, Ledjana wrote next to the short video, showing that the whole truth will be revealed in a short time.