Miljković’s spouse’s ex-boyfriend was brutally killed, Belivuk’s spouse is the most important thriller 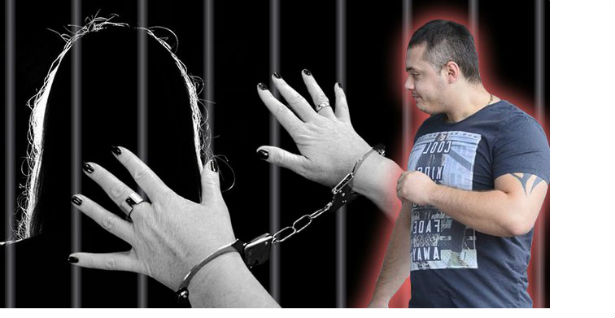 WOMEN IN THE STRONGEST CRIME CLANS IN SERBIA: Miljković’s wife’s ex-boyfriend was brutally killed, Belivuk’s wife is the biggest mystery

The clan of Velja Nevolje and Marko Miljković has started cooperation with the Kavač clan in recent years, and since three years ago it has practically functioned as the Belgrade branch of that criminal group.

An important role in this clan was played by one woman, in fact the only woman who was indicted against this clan, which is currently accused of five brutal murders, drug dealing, illegal possession of an arsenal of weapons, kidnappings and one rape. It is Sladjana S., the wife of Dragan S., a former police officer from Loznica who became part of the Belivuk clan. Because of that, this dirty policeman left his job and officially changed his name to Vlado Georgijev, as a famous singer.

Sladjana S. was well versed in the affairs of the Belivuk clan, as evidenced by audio recordings held by the police, which show her, her husband and Belivuk talking about crossing borders with the help of documents with false names.

According to the testimony of an associate witness, otherwise a member of the “fallen” clan of Velja Nevolja, Lazar Vukićević from Belgrade was cruelly tortured and killed because of a personal conflict with Belivuk, but also because he used to be in a love affair with Marko Miljković’s wife. Precisely because of that, as the sources from the investigation said, Vukićević was the most tortured of all the victims of the clan.

Vukicevic, in addition to working for the “scalpers”, was a Red Star fan and came into conflict with Partizan fans and Belivuk’s team. Thus, in 2008, he wounded Nikola Vušović, who is connected with Belivuk’s group and with whom, as it seems, he was in conflict a decade later – he believed that Vušović planted a bomb under his “Porsche” in 2019 and tried to kill him. The car exploded, but Vukicevic was not in it at the time, and his father said he was also in conflict with Miljkovic because he was in a love affair with his current wife in 2007 or 2008. When he drove to the house in Ritopek , Vukićević felt that it was a set-up, but it was too late.

– He pulled out a gun because something was suspicious to him. When he saw the gun, Miloš B. (a member of Belivuk’s group) jumped first for the gun and his hand. This one managed to fire a bullet but did not hit anyone. There they beat him well on the concrete. The plan was to interrogate (() but he was beaten so badly that he could not speak and they just finished him – he stated.

The order they received from the bosses Belivuk and Miljković, who were in Montenegro at the time with the detained Captain, was to torture Vukićević the most.

– This time, give 102 percent of yourself. So, please, from the heels – Hrvatin recounted what was happening.

That’s what happened. Vukicevic was tortured in the house for a long time and brutally, until he passed away, judging by the pictures that the prosecution has, but also the messages by which they informed the bosses about it in detail.

The mysterious wife of Velja Trouble

Not much is known in public about Velja Nevolja’s wife, Bojana Belivuk, but unofficially it is said that she was well acquainted with all the affairs of her husband with whom she has two children. It is unknown at this time whether she helped Belivuk in any way.

That the members of the Velja Nevolje clan liked to brag about their crimes in front of women is best shown by the fact that some of the photos of the killed victims of the clan were found in the phones of starlets, girls and the alleged mistress of Veljko Belivuk. As soon as Belivuk’s group was arrested, the police started questioning all the girls who spent time with them and were guests of their bunker at the Partizan stadium in Humska. In this stadium, according to the indictment, one man was tortured and raped, drugs were kept and sold, and weapons were hidden here. A sniper belonging to this clan was found in a puppy in Humska.

Why Doesn’t Medicare Cover Services So Many Seniors Need?

I know that when I buy sneakers, I walk …