New arrests within the continuation of the motion “Brezovica” 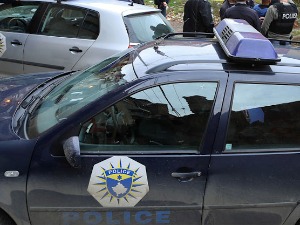 In the continuation of the “Brezovica” action, members of the prosecution and the police today checked and searched 11 different locations, eight of them in Pristina, two in Podujevo and one in Kosovo Polje, where seven suspects were arrested.

By the prosecutor’s decision, they were detained for 48 hours. They are suspected of having committed criminal acts of “receiving and giving bribes, obtaining benefits and exerting influence”.

The media in Albanian reported that one of the arrested is the councilor of the ruling Self-Determination in SO Pristina B.Lj, the son-in-law of the Minister of Infrastructure Ljiburn Aljiu.

During today’s action, various material evidences were confiscated, which will be informed to the Basic Prosecutor’s Office in Uroševac in the future, the prosecutor’s office announced.

As for the suspects, it is expected that the Basic Prosecutor’s Office in Uroševac will submit a request for detention to the Basic Court in Uroševac within the legal deadline.

In the previous days, another person was arrested in connection with the “Brezovica” case, suspected of the crime of bribery.

In the actions so far in the case of “Brezovica”, starting from December 21 last year, more than 30 people were arrested, among them and former president of Štrpce municipality, Bratislav Nikolić.