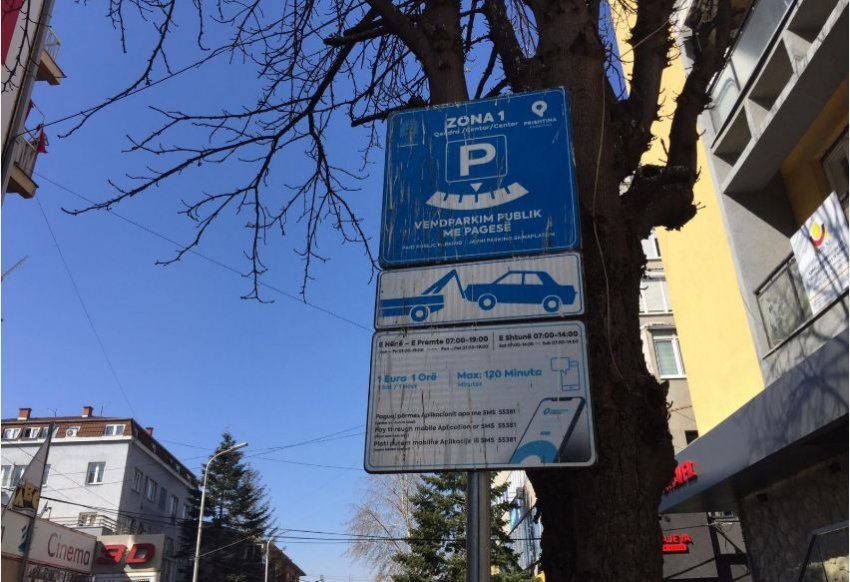 The application of the new price list for car parking has started in the Center of Prishtina. Residents will have to pay only 10 euros per month, while for families who own two cars the price will be more expensive.

The Chief Executive Officer of “Prishtina Parking”, Liridon Restelica, in an interview said that the process has started today together with the Kosovo police teams, and citizens now have the opportunity through the application to have easier management of personal parking.

“The process has started today, I am happy that it has finally been made possible from the start. Today, our teams together under the care of the Kosovo Police, are on the ground and in these four streets that we have informed the citizens earlier that the application for payments will start, has started today and there has been an action and circulation of citizens who also made payments, but our goal today was not to impose fines, but to be more informed. As we have informed you the version of payments goes through the application that all citizens can install and is an easier form of personal parking management. The focus will be only on resident residents and then on businesses and non-resident residents “, said Restelica.

Among other things, he mentioned that for families who have two cars, the solution will be made initially only for the first car, and then for the second car.

Restelica said this is a new job for everyone, starting with him and the staff in general, and that it is an activity that has not happened before.

“This is a new job for everyone, starting with me, it is a matter of general management, but as a job is happening now, it is an activity that has not happened before,” he concluded.

During the day, the teams of “Prishtina Parking” went to some parts of the center of Prishtina, for control and there were also cars that were convicted.

Burim Vitia, from the team of “Prishtina Parking” said that today in the street “Rexhep Luci”, some cars were fined 20 euros and in case of non-payment the car was confiscated.

He further said that residents are satisfied with this new method of payment, but not those who come from other parts of Pristina.

In the downtown area will be one euro parking time for non-residents.

Mayors have fulfilled solely 47% of their guarantees